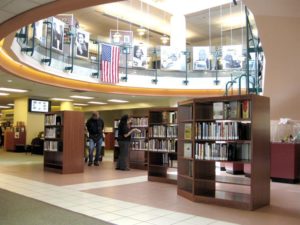 Arlington has been ranked among the most “well-read cities” in the United States, according to Amazon.com.

The internet retailer compiled sales data of all book, magazine and newspaper sales since Jan. 1, 2011 — in both print and Kindle formats — to find out which areas read the most on a per capita basis. Only “cities” with a population over 100,000 were considered.

Arlington ranked #10 on the list. Next-door neighbor Alexandria ranked #2, while the District ranked #14. Alexandria also topped the list of the cities that order the most children’s books.