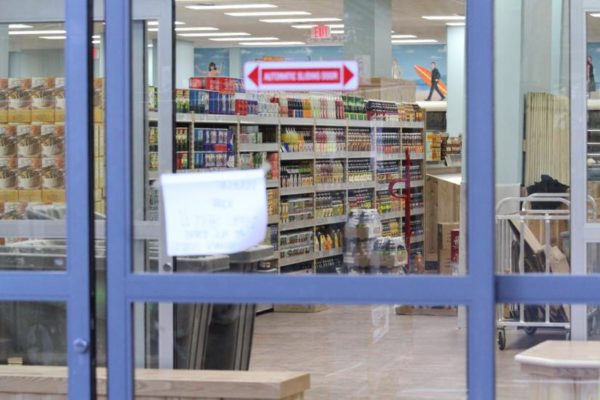 It’s official: the long-awaited Trader Joe’s store in Clarendon will open at 8:00 a.m. on Friday morning. The company will celebrate the opening with a “ceremonial lei cutting” featuring Trader Joe’s officials and “local dignitaries.”

Trader Joe’s a press release about the opening tonight.

Trader Joe’s, a unique, neighborhood grocery store with foods and beverages from the exotic to the basic, will celebrate the grand opening a new store located in Clarendon on Friday, November 18 at 8AM. To commensurate the official opening Trader Joe’s Captain (store manager) Perry Zettersten, Regional Vice President Scott Lane, local dignitaries and the crew will gather at 8:00AM for a ceremonial lei cutting to welcome new customers– Trader Joe’s style. The celebration will continue throughout the day with live music, food demonstrations, balloon artist and face painters.

The store is located at 1109 North Highland Street and is approximately 12,300 square feet. The grocery store will be open from 8:00 am until 9:00 pm, daily. Inside will feature a festive décor mixing traditional Trader Joe’s cedar covered walls, Hawaiian inspired elements throughout the store combined with a local flare including art that celebrates the neighborhood. Throughout the grocery store there are several amazing hand painted murals that pay homage to the old Clarendon Trolley, hot air balloons used during the Civil War, the Clarendon Metro and more.

Trader Joe’s is pleased to announce the appointment of Perry Zettersten, as Captain (Store Manager). Perry comes to the new store from the Trader Joe’s in Washington D.C. and has been with the company approximately 15 years.

Trader Joe’s was originally named in recognition of its distinct grocery buying process, because they search the world for great values and distinctive products. Crew members (store employees) consider themselves “traders on the culinary seas.” Crewmembers sport brightly colored Hawaiian-themed shirts, adding to the light-hearted air of the store.