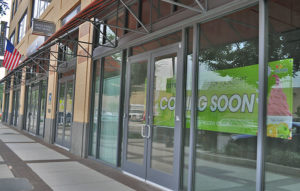 Is there enough room in Pentagon City for two self-serve frozen yogurt stores?

Tutti Frutti franchise owner Geoff Trout is betting on it. He hopes to open shop on South Fern Street, next to the Post Office in the Millennium at Metropolitan Park apartments, in late August or early September.

“I feel very confident in the product,” Trout said. “I don’t think Pentagon Row is close enough. This is a company that has really taken off.”

Candidates are starting to emerge in the races to replace two retiring, long-time local elected officials.