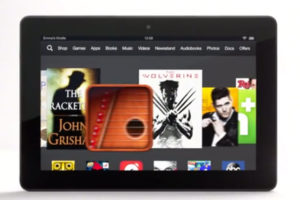 A teenager was arrested over the weekend for allegedly hitting his mother with a frying pan after she refused to let him use her Kindle.

The incident happened near Ballston, just before 11:00 a.m. Saturday morning (Oct. 12). Arlington County Police say a 16-year-old boy was so upset about his mother’s refusal to let him use the tablet device, which is marketed by Amazon.com, that he struck her in the head with the pan.

The boy was charged with malicious wounding and destruction of property.