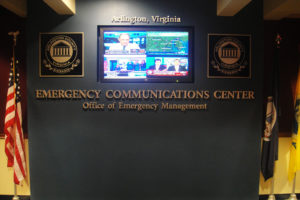 A noted anti-bullying activist who now works in the Arlington Emergency Communications Center has been charged with sex crimes with a minor.

The Arizona Republic reported last month that Caleb Laieski faces 13 charges in Arizona stemming from an alleged sexual relationship with a boy under the age of 15, a felony even though Laieski himself was a minor at the time. According to Laieski, he has a “consensual relationship” with a 14-year-old boy when he was 16 or 17.

Laieski rose to national prominence in 2010 when he spoke out against the bullying of gay teens in the Phoenix area. He later lobbied Congress to pass anti-discrimination legislation and spoke with President Obama and Vice President Joe Biden about issues affecting gay youth.