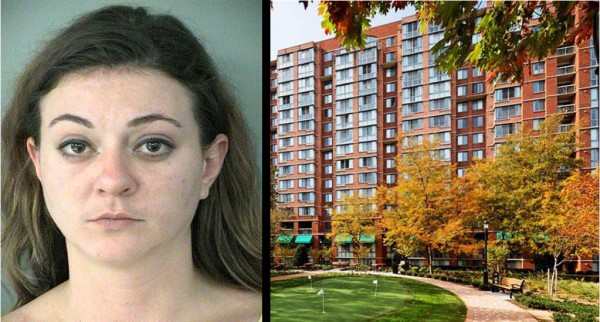 The concierge at a Courthouse apartment building has been arrested and charged with stealing booze from residents’ apartments.

Chrzan was arrested Monday morning after she was allegedly caught on a home security camera using a master key to enter an apartment and have a swig of alcohol inside. The residents of the apartment had purchased and set up the camera after they noticed “quite a bit” of liquor missing when coming home from work one day.

Residents of other apartments had also been complaining about a potential booze thief.

“There were numerous bottles that were mysteriously getting lower and lower in their level of alcohol,” said Arlington County Police Department spokesman Dustin Sternbeck. “[Chrzan] admitted to police to entering multiple residences over a period of time.”

Chrzan has been charged with burglary and released on bond.

It was about a year ago that the Meridian building was in the news for another series of break-ins. In September 2013, a man broke into at least three apartments and rubbed the arms of women at they slept.