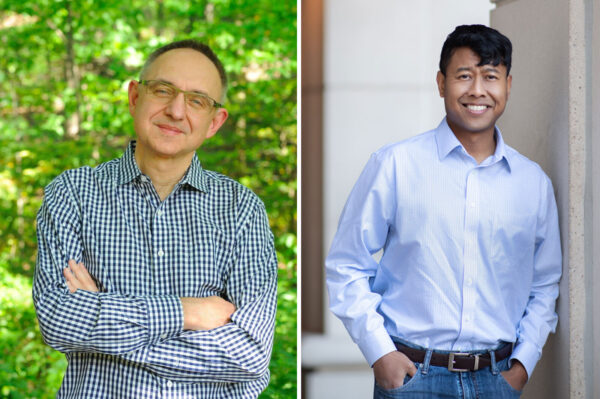 The upcoming Arlington County Board primary will see a rematch between two former Democratic rivals.

County Board member Takis Karantonis, who is serving a partial term after being elected in a special election, is facing Chanda Choun, who is hoping the third time is the charm as he again seeks a seat on the Board.

Karantonis and Choun previously ran against each other in the Democratic primary for the special election last year to fill the late Erik Gutshall’s seat. Karantonis won while Choun finished third in the ranked-choice voting. Then, Karantonis went on to win the general election.

The winner of this year’s June primary will move on to November’s general election, where there’s already an opponent waiting for one of them.

The Arlington elections office confirmed to ARLnow that Audrey Clement has filed her paperwork and will once again be on the ballot in November.

Clement, who has run unsuccessfully for office in Arlington nearly a dozen times over the past decade — most recently in November — is again running as an independent.

Karantonis, the former executive director of the Columbia Pike Revitalization Organization (CPRO), was an ardent supporter of the planned Columbia Pike streetcar project, which was scuttled in 2014. His current term in office expires on December 31.

“I am running for re-election to the Arlington County Board because I believe that Arlington is resilient, and it has the capacity to adapt to challenges in ways that will provide a great quality of life for all of its residents,” Karantonis wrote in an email to supporters. “My experiences as an immigrant, planner, economist, environmentalist and affordable housing activist have proved critical in my work to build an Arlington that works for all Arlingtonians.”

Additionally, he noted that his top priorities would include safely reopening schools, supporting small businesses, making Arlington a leader in environmental resilience and sustainability, tackling “our housing affordability crisis,” and advancing equity and racial justice.

Chanda Choun is a military veteran and a technology professional who has also run several times for the County Board. In 2018 he lost to Matt de Ferranti and last year he initially was going to oppose Libby Garvey’s re-election but dropped out to run in the special election.

In a campaign email, Choun wrote that he has a “Freedom and Justice Plan” for the county. This includes, according to the note, “securing the local economy amidst the remote work revolution,” reducing residential taxes, closing the digital divide, and making Arlington’s government more representative and responsive.

“Arlington’s current path is not sustainable: financially, environmentally, and socially,” he said. “Arlington needs an elected representative with managerial experience, technical skills, a thoughtful heart, and unique tenacious leadership to make sure we have a fair and livable community 20 years from now.”

Choun notes that, if elected, he would be the first Asian American to serve on the Arlington County Board.

The Democratic primary is June 8 with early voting beginning 45 days before the election, on April 23.