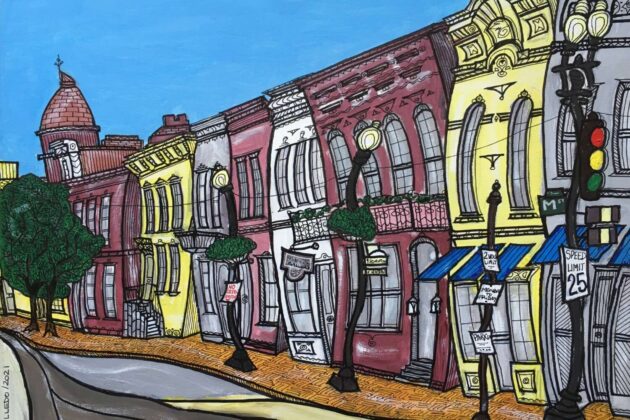 Gallery Underground’s Focus Gallery presents, during the month of April, Urban Soul, a solo show of works by Gustavo Forselledo — expressionist images of Washington, D.C. and other cities worldwide, with a special emphasis on Uruguay, where the artist was born. Forselledo, who has been influenced by Uruguayan masters Carols Paez Vilaró and Joaquín Torres García, presents the acrylic and ink images on canvas and hardboard as acquiring their own movements so the observer can perceive the rhythm and soul of the cities depicted.

The exhibit encompasses two series of urban landscape paintings: expressionist images of Washington, D.C. and other cities worldwide, and Uruguayan urban icons and figures dancing the tango. Forselledo was born in Montevideo, Uruguay and is currently living in Arlington.

The work can be seen on the walls of the gallery from 10 a.m.-6 p.m. Monday through Friday from April 1-30. Gallery Underground is located in the Crystal City shops at 2100 Crystal Drive, accessible by Metro’s blue line, Crystal City stop. One-hour free parking is offered in the garages.