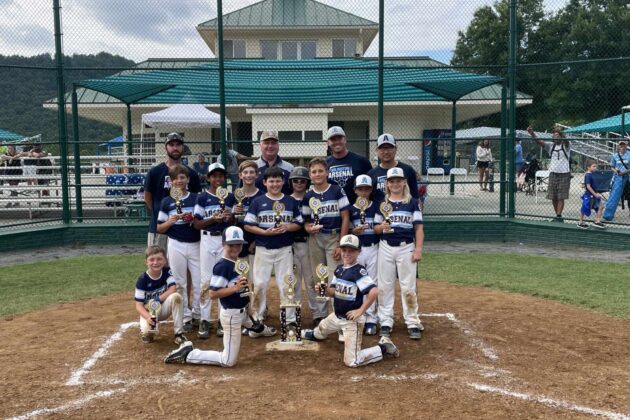 The 10-under Arlington Arsenal Blue baseball team was a finalist in the Cove Creek Classic baseball tournament in Covesville, Virginia, with a 4-1 record.

The team finished 2-0 in pool play, defeating the Warrenton Muddogs, 9-8, and the Blue Mountain Trash Pandas, 12-0.

In the playoff round, the No. 3-seed Arsenal defeated the Blue Mountain Trash Pandas, 8-7, the Blue Ridge Generals, 9-4, in the semifinal but fell to the Blue Ridge Bucks, 8-5, in the championship.