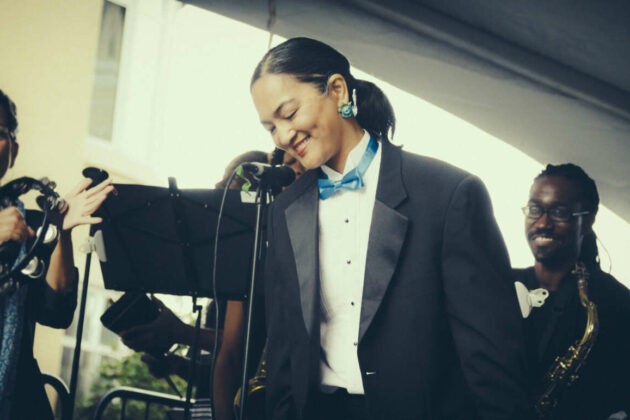 (This Community Post was written by Liza Figueroa Kravinsky of GoGo Symphony and underwritten by Embracing Arlington Arts.)

No, I don’t mean that music needs to retire; I mean the terms “highbrow” and “lowbrow” music (and other arts) need to retire. They come from the old pseudoscience phrenology, where the brows of African skulls were said to be lower than those of European skulls.

Well, that explains a lot about classical music world. Classical music was historically inspired by the popular music in Europe of its time — the popular dances, marches, folk and religious music, entertainment for parties. Until recently.

When the European classical music world met “lowbrow” African American music like the blues, jazz, and rock n’ roll; the barriers went up, and the worship of the music of dead white European men ossified the genre. Now classical music is struggling because it is having trouble attracting a younger audience. The generally accepted solution is music education to foster the appreciation of classical music. How presumptuous.

As a classical composer myself, I propose an alternate and more effective solution. Open the cultural doors of the classical music genre to popular culture again, like in its beginnings, even if it comes from non-European cultures. Only then will current audiences be able to organically appreciate symphonic and other “classical” music. This is why the GoGo Symphony fuses classical with D.C.’s own African American music go-go. So far, it works!