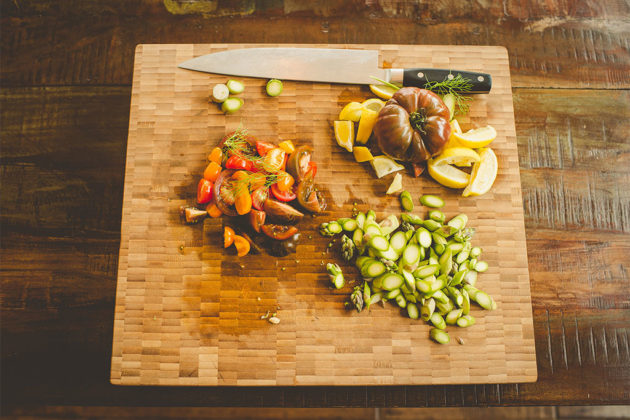 The 55+ resort-style community is just 90 minutes from the nation’s capital Lake Frederick, Virginia.

Trilogy at Lake Frederick, an exclusive and upscale 55+ community in Northern Virginia just 90 minutes from Washington, D.C., offers classes on haute cuisine cooking skills, a hot trend among aging Americans. Classes are offered on site at Rachel’s Kitchen, named for the widely celebrated environmentalist and author, Rachel Carson. Located in the Shenandoah Lodge & Athletic Club, the space combines a showcase kitchen with comfortable seating, and a large television which is used for exclusive ClubConnect educational and events programming featuring live simulcasts from throughout Trilogy’s network of communities.

The courses are part of a broader effort by Trilogy owner Shea Homes to meet the changing demands of the active adult home market. One recent proprietary study of potential 55+ homebuyers found that 70 percent said they would like to have a chef-driven food and beverage program in their community.

“Our residents have found these classes to be a great way to make new friends, pick up new skills and stay healthy,” said Jason King, general manager of Shea Homes at Trilogy at Lake Frederick. “There’s nothing like cooking together to help people come together.” Brian Whitson, executive chef of Region’s 117, an award-winning farm-to-table restaurant on site at Trilogy in the Shenandoah Lodge, organizes the cooking demonstrations. Whitson said that residents are learning how to prepare healthy and tasty meals.

Experts say that learning new skills later in life and eating well can help keep the brain healthy, reducing the chances of developing issues such as dementia. Whitson teaches many of the same kinds of cooking techniques, including using locally sourced ingredients, used at Region’s 117, which in recent years has been recognized as one of America’s 100 most scenic restaurants and best brunch spots by Open Table, among other notable accolades. With a menu that changes seasonally and relies on local produce, meats and wine, including vegetables from a chef’s garden on site, Region’s 117 promotes farm-to-table cooking with a modern flair.

“Cooking for yourself can help you cut costs, stay healthy, keep your brain active, maintain a strong network of friends and family and, most of all, have fun,” added Whitson. “As a chef I might be biased, but there are few better hobbies at any age.” For the seventh consecutive year, the developer behind Northern Virginia’s community, Trilogy by Shea Homes, has been recognized as America’s “most trusted” active-adult resort builder by Lifestory Research.