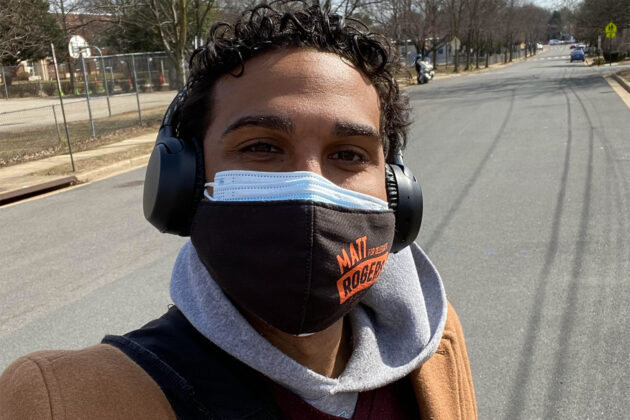 Last month, I set out on a beautiful day for some canvassing. After a few fantastic streets, a few brief and contactless conversations with people who said they’d look into my campaign, I apparently stepped back into the 1950s. From the door of a house that I just dropped off literature sprang a middle-aged man who was apparently very exercised about the fact that I had the audacity to do electoral work where I live. “What the **** are you doing here? What makes you think you can do that here” With this not being my first rodeo with experiencing… things like this, I calmly responded that, “I’m passing out information about a candidate for the House of Delegates.” He then responded, “Well, I ought to call the cops.” I responded, “If you want to waste their time, call the cops.”

Within 3-5 minutes, four officers stopped me a few houses away to ask me what I was doing. Luckily for me, my wife, and my six week old son (at the time), these Arlington Police officers had the good sense to realize what happened in this case: I was canvassing while black. Even though I walked away with my life (this time), people who similarly get the police called on them for nothing do not. Sometimes they end up getting held against their will. Sometimes they get strip searched (as the hyperlinked bill introduced by the other candidate for the 47th District’s Democratic nomination would have allowed at traffic stops.)

Sometimes they get suffocated to death. Criminal justice reform isn’t just an election-year political football. People who have the lived experience of the learned fear that strikes the heart at the sight of police need to be listened to and welcomed into the public square instead of… otherized.