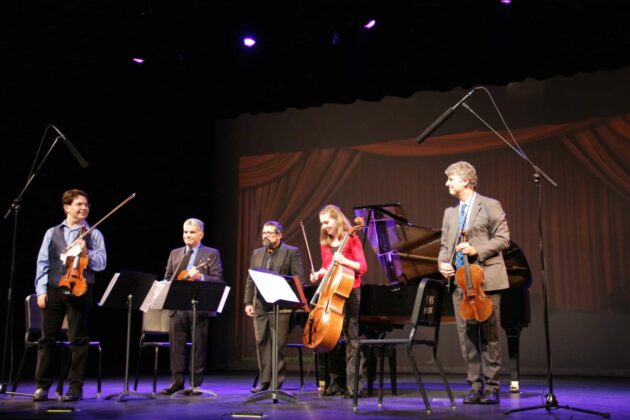 (This Community Post was written by Harry Quiett for The National Chamber Ensemble and underwritten by Embracing Arlington Arts.)

We are thrilled to share the news about return to live performances on November 6 after a season in seclusion and numerous virtual performances. Chamber music is about intimacy of communication with the other musicians but also with the audience. The coming season will entice with many of the beloved classical favorites as well as lesser-known masterpieces.

The thrilling reunion with live audiences is a validation of the importance of a live performance in peoples lives. Last season NCE’s artists only got to see the audience on Zoom at the virtual live receptions and conversations one week after each concert which was taped. But, the music kept playing and no concerts were canceled and the audience was grateful to have a connection with beautiful music and musicians taping each performance just for them. The artists are looking forward to making music in real time for a live audience again.

On Saturday, November 6, NCE will pay tribute to the most famous English composer Sir Edward Elgar with a premiere of one of his most famous orchestral compositions in a chamber music setting and so much more.