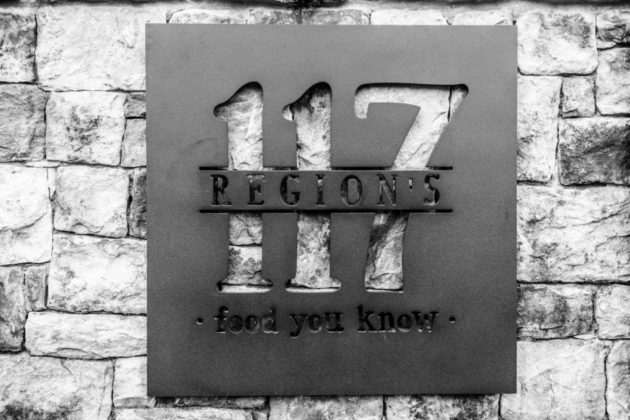 “I’ve loved watching Region’s 117 grow since its inception as a member of the kitchen staff,” he said. “To be given the opportunity to lead the restaurant as it moves into its next phase is a great honor.” Whitson, who has lived in Winchester since 1998, joined the Region’s team in July of 2016, not long after it opened, playing key roles on the culinary and event management teams. He has previously held culinary roles in catering and worked as executive chef at Old Town Grill and Battletown Inn and executive sushi chef at Chinatown Restaurant.

Located on-site at Trilogy at Lake Frederick, an exclusive 55-plus resort-caliber community, the restaurant has views of the picturesque 117-acre Lake Frederick and the surrounding Shenandoah Valley. Region’s offers a wide selection of white and red wines from wineries throughout Northern Virginia ranging from Front Royal to Charlottesville. It also uses fresh fruits, vegetables and meats sourced from area farms such as aged prosciutto, baby arugula, heirloom tomatoes and buttermilk cream.

The 36,000 square-foot Shenandoah Lodge where Region’s 117 is located and the onsite athletic club were designed to mainly serve as the social and activity hub for the 55-plus community, bringing residents together with fine food and wine from the greater Virginia region, something both members and restaurant guests enjoy.

“Chef Brian has shown that he has the experience and skill to lead Region’s 117 in its third year,” said Jason King, general manager at Shea Homes, the parent company of Trilogy properties. “We’re excited to see where he’ll take the seasonal menu next as we continue building an excellent food and beverage program, which is at the very heart of what our residents experience here every day at Trilogy at Lake Frederick.”