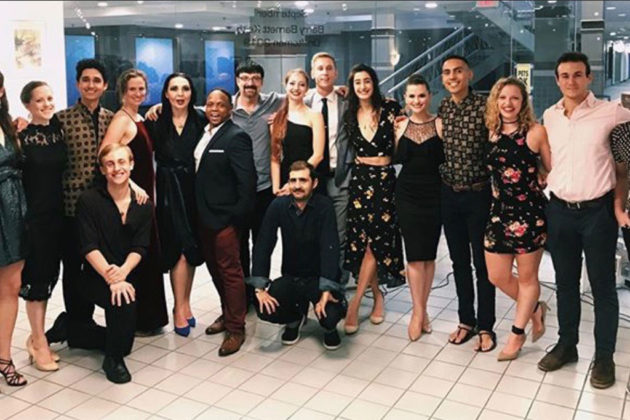 “People are stepping up to support art. People want to do something good for the community, the future. That’s why it’s a blessed country,” Paata Tsikurishvili says of America, his adopted home of 20+ years.

Back home in the Republic of Georgia, the founder and artistic director of Crystal City’s Synetic Theater trained primarily in physical theatre, which would come in handy during the years of Soviet occupation when artists were widely censored. In physical theatre, everything is metaphorical and through this art form, Tsikurishvili found ways to say what he wanted through allegory.

It’s just that spirit — the wordlessness of it — that would help make modern-day Synetic Theater what it is — an “artistic melting pot” as Tsikurishvili describes it, representing Americans and immigrants alike from all over the world. Tsikurishvili insists that Synetic’s international diversity is what makes it distinctly American. Exposure to different cultural influences continues to drive the company’s creative success.

Tsikurishvili strives to create one of the most internationally diverse theaters in our Nation’s Capital. Whether from South America, Eastern Europe, or homegrown here in the DMV, the artists that grace the Synetic stage bring something fresh to the table.

“That’s why I call it American Physical Theater,” says Tsikurishvili.”The beauty of Synetic is that the common language is body language, which allows our stories to transcend cultural and language barriers.”

Noting its universality, Paata hopes to one day expand Synetic to a global audience. He concludes, “It belongs to all of us.”

Next
Jane Franklin Dance — Something for Everyone This Fall