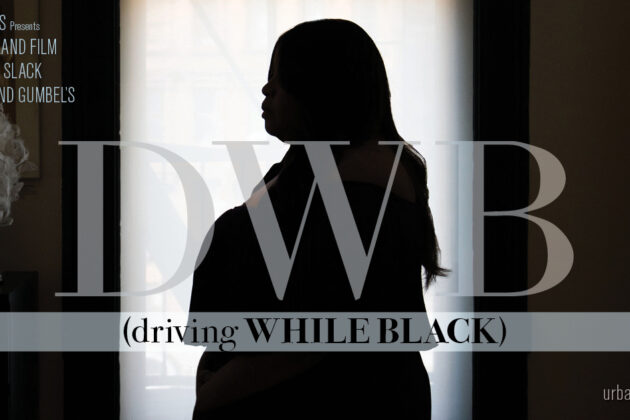 (This Community Post was written by UrbanArias and underwritten by Embracing Arlington Arts.)

This weekend, UrbanArias, Arlington’s resident opera company, launched the third offering in their eclectic virtual season. The film, dwb (driving while black), is a montage of poetic and haunting moments examining the trials and triumphs Black mothers experience as their children come of age in a society plagued by racism and inequality.

Directed and choreographed by NYC-based filmmaker Du’Bois A’Keen and starring powerhouse soprano Karen Slack, the film incorporates elements of hip hop dance, music video styling, and intimate storytelling to bring the viewer into the heart and mind of The Mother as she contemplates giving her son keys to the car. The soundtrack features UrbanArias Founder and Artistic Director Robert Wood conducting members of the Inscape Chamber Orchestra.

In the leadup to the film’s release, UrbanArias has streamed a series of online interviews aimed at taking audiences deeper into the process of making digital opera. The series, entitled UrbanArais/sampled, ended this week with a panel discussion on the role of the arts in social movement featuring Whytni Kernodle of Arlington for Justice and Black Parents of Arlington. UrbanArias plans to partner in this way with other Arlington-based organizations, seeking to connect with groups whose missions align with the themes of future UrbanArias productions.

Don’t miss this unique production! Tickets are $15 and are available now on the company’s website: https://www.urbanarias.org/buy-tickets/.