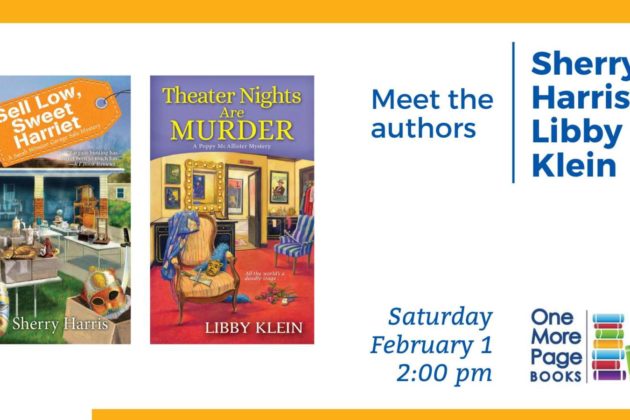 Garage sales, gluten-free cooking and murder! Join us as we welcome two local mystery writers to discuss their latest novels!

SELL LOW, SWEET HARRIET by Sherry Harris
Sarah Winston’s garage sale business has a new client: the daughter of a couple who recently died in a tragic accident while away on a trip to Africa. Their house is full of exotic items from around the world that need to be sold off. When Sarah learns that the deceased were retired CIA agents, the job becomes more intriguing–but when an intruder breaks in and a hidden camera is found, it also becomes more dangerous. And Sarah has enough on her plate right now since she’s investigating a murder on the side at the nearby Air Force base, where her status as a former military spouse gives her a special kind of access. With so much work piling up, Sarah decides to hire some help. But her assistant, Harriet–a former FBI hostage negotiator–has a rare talent for salesmanship. Which is good, because Sarah may have to haggle for her life with Harriet’s assistance…

Sherry Harris is the Agatha Award-nominated author of the Sarah Winston Garage Sale mystery series and the upcoming Chloe Jackson Sand Dollar Saloon mysteries. She is a past president of Sisters in Crime, and a member of the Chesapeake Chapter of Sisters in Crime, the New England Chapter of Sisters in Crime, Mystery Writers of America, and International Thriller Writers. In her spare time Sherry loves reading and is a patent holding inventor. Sherry, her husband, and guard dog Lily are living in northern Virginia until they figure out where they want to move to next.

THEATER NIGHTS ARE MURDER by Libby Klein
Poppy thought her toughest challenge this winter would be sticking to her Paleo diet and filling all her orders for her gluten-free goodies, but now she has to choose between two suitors. She’s not the only one with boyfriend drama. Aunt Ginny’s long-ago high-school beau, Royce Hanson, a retired Broadway actor, has returned to Cape May, New Jersey, to star in a Senior Center staging of Mamma Mia. Leaving Aunt Ginny to wonder: What’s his motivation? Slated to open February 13th, the problem-plagued production seems to be cursed–with stolen props, sabotage, and even a death threat. But when a cast member plunges to his death from a catwalk, it soon becomes clear a murderer is waiting in the wings. Now Poppy, Aunt Ginny, and a supporting cast must take center stage to catch the killer–before it’s curtains for someone else… Includes Seven Recipes from Poppy’s Kitchen!

Libby Klein graduated Lower Cape May Regional High School in the ’80s. Her classes revolved mostly around the culinary sciences and theater, with the occasional nap in Chemistry. She has worked as a stay at home mom, climbing the ranks to the coveted position of Grandma. She also dabbles in the position of Vice President of a technology company which mostly involves bossing other people around, making spreadsheets, and taking out the trash. She writes culinary cozy mysteries from her Northern Virginia office while trying to keep her cat Figaro off her keyboard. Most of her hobbies revolve around eating, and travel, and eating while traveling. 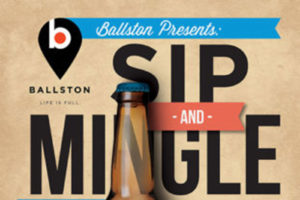 Join your Ballston neighbors and coworkers for the area’s favorite happy hour — the Ballston Sip & Mingle! 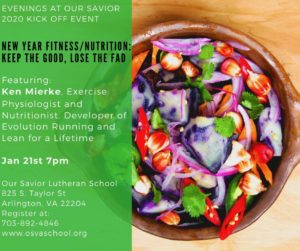 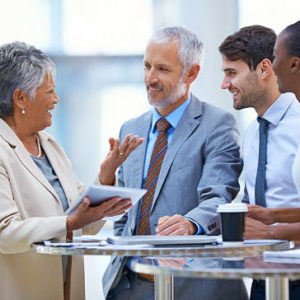 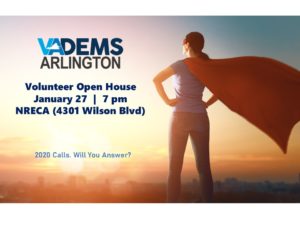 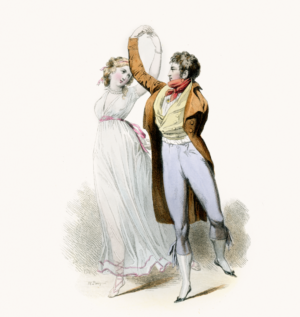