Debut Author Priyanka Champaneri in conversation with Author Angie Kim
Join the Library for an author to author conversation!

This event will be followed by an audience Q&A and a book signing for both authors.

About The City of Good Death

Banaras, Varanasi, Kashi: India’s holy city on the banks of the Ganges has many names but holds one ultimate promise for Hindus. It is the place where pilgrims come for a good death, to be released from the cycle of reincarnation by purifying fire. As the dutiful manager of a death hostel in Kashi, Pramesh welcomes the dying and assists families bound for the funeral pyres that burn constantly on the ghats. The soul is gone, the body is burnt, the time is past, he tells them. Detach. After ten years in the timeless city, Pramesh can nearly persuade himself that here, there is no past or future. He lives contentedly at the death hostel with his wife, Shobha, their young daughter, Rani, the hostel priests, his hapless but willing assistant, and the constant flow of families with their dying kin. But one day the past arrives in the lifeless form of a man pulled from the river – a man with an uncanny resemblance to Pramesh. Called “twins” in their childhood village, he and his cousin Sagar are inseparable until Pramesh leaves to see the outside world and Sagar stays to tend the land. After Pramesh marries Shobha, defying his family’s wishes, a rift opens up between the cousins that he has long since tried to forget. Do not look back. Detach. But for Shobha, Sagar’s reemergence casts a shadow over the life she’s built for her family. Soon, an unwelcome guest takes up residence in the death hostel, the dying mysteriously continue to live, and Pramesh is forced to confront his own ideas about death, rebirth, and redemption.

Priyanka Champaneri is the author of the debut novel “The City of Good Death,” which was a finalist for the 2021 Center for Fiction First Novel Prize, named one of NPR’s Best Books of 2021, and winner of the 2018 Restless Books Prize for New Immigrant Writing. Her writing has appeared in Astra, Los Angeles Review of Books, The Hindu Business Line, Lit Hub, Electric Lit, and Litro. She received an MFA from George Mason University and has been a fellow at the Virginia Center for the Creative Arts numerous times.

Angie Kim is the debut author of the international bestseller and Edgar winner “Miracle Creek,” named a “Best Book of the Year” by Time, The Washington Post, Kirkus, and The Today Show, among others. Her novel also won the ITW Thriller Award, the Strand Critics’ Award, and the Pinckley Prize. A Korean immigrant, former editor of the Harvard Law Review, and one of Variety Magazine’s inaugural “10 Storytellers to Watch,” Kim has written for Vogue, The New York Times Book Review, The Washington Post, Glamour, and numerous literary journals. She lives in Northern Virginia with her husband and three sons.

We’re bringing paws back to the Pike with our annual pet fair. Join us for a day of pet-friendly fun and meet your local veterinarians, trainers, pet-sitters, boarders, dog walkers, groomers and more! Find your forever friend from a local 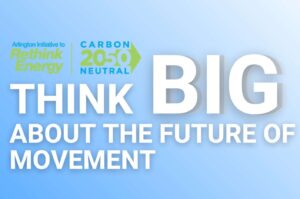