Join us as we welcome Peter Han for live sketching in conjunction with his exhibit “The Four Winds.”

Guardians of the four cardinal directions, represented by creatures appearing in the Chinese constellation; The Four Winds belong to classical Asian mythology that encompass a larger sphere of influence. The East Asian Sinosphere has many countries influenced by Chinese culture. This collection of work pulls similarly from that deep generational expanse of stories, art, religion, inventions, and social structures.

Much of this inspiration is funneled into developing a lore for the character, The Blacksmith, and his adventures through Asia. The Four Winds act as the great deities and fighters for said story and represent the pillars of this collection.

Peter Han is a concept designer of 14 years, and a teacher of sketching/design fundamentals of 10 years, and an artist at SuperAni. He is currently teaching with his personal platform and has taught at notable places such as the ArtCenter College of Design, Concept Design Academy, CGMA, and Brainstorm School.

Come check out Ballston’s newest gym at our December 4 OPEN HOUSE! Take advantage of Founder Member discounts or sign up for a Free Trial. Bring the family; we’ll have a face painter and crafts, plus food and music.

END_OF_DOCUMENT_TOKEN_TO_BE_REPLACED 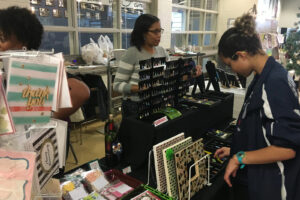