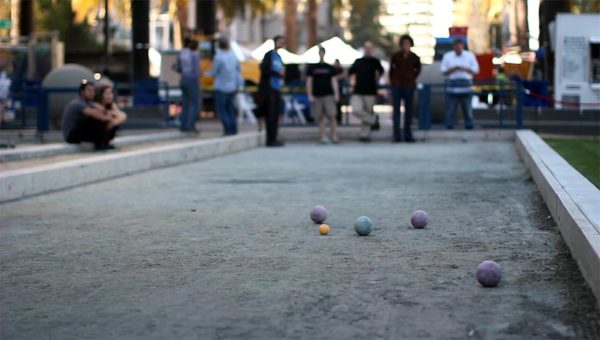 It’s not a battle over the federal budget or abortion or any other hot-button topic of national, state or regional consequence. It’s the rancor over a proposal to build a single bocce court in Arlington’s Bluemont neighborhood.

On one side of the fracas is former Bluemont Civic Association President Judah dal Cais and his supporters. On the other side is a group of civic association members critical of dal Cais’ leadership and his bocce court proposal.

The Bluemont bocce/petanque court idea has been in the works since dal Cais first brought it up in 2010. While members of the Bluemont Civic Association voted, narrowly, in April 2012 to approve the idea of a bocce court somewhere in the neighborhood, the exact location of the court has remained controversial. 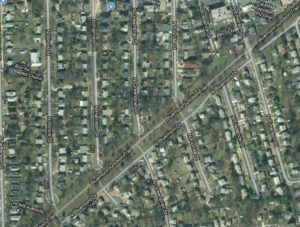 Dal Cais has insisted that the only viable location is along the Bluemont Junction Trail, between N. Emerson and Illinois Street — a central location that he says will serve as a meeting place for neighbors and ensure that the court is well cared for by residents. Many opponents of the bocce court say they don’t oppose the idea of a court, just the location; the green space around that section of the trail is narrow, they say, and the court would necessarily be located close to the yards of adjacent homes.

Opponents have cited parking, traffic, noise, litter and other concerns when arguing against the bocce court. Some also believe the court will attract outsiders and, perhaps, organized play by local bocce leagues.

“There were and continue to be significant concerns from neighbors at large and adjacent to the sites Judah proposes that a Bocce Court will be a destination for folks outside of the neighborhood,” said Maura Quinn, who has helped to lead opposition to the court. “Parking, trash, noise, lack of restroom facilities, and proximity to homes were all brought up over many months at BCA meetings. Many also believe that a cinder Bocce Court will cause significant dust/grime issues and will be unsightly in what is now lovely green space.  There are Bocce leagues that play on grass throughout Arlington County calling into question the need for tearing out green space and replacing it with cinder.” 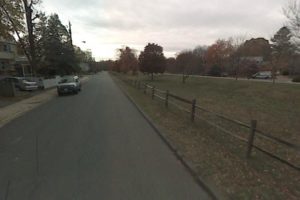 Dal Cais said all would be free to use the court, but doubted that it would be a suitable location for bocce leagues, especially with plans in the works to build multiple bocce courts in nearby Metro-accessible Ballston. He also cast doubt on fears of excess noise, traffic and littering, given that no more than 8 people can play bocce at one time and given that he predicts it will be played mostly by older adults who live in the neighborhood.

Opponents have suggested a number of alternative locations, including Fields Park, the area around Fire Station No. 2, the empty behind the Arlington Forest pool or the open space near the red caboose in Bluemont Parks. Dal Cais, who lives within walking distance of his preferred bocce court location, says the court will not be utilized and maintained properly (volunteers are to take care of the court, not the county) if it’s not in a central, “high visibility” location. He said the property owner closest to his preferred location has singed a letter of support in favor of the court.

The issue came to a head in September when it was revealed in the neighborhood newsletter that dal Cais was planning to submit an Arlington County Parks Enhancement Grant (PEG) application — asking for $15,000 to cover a contractor’s fee for building the court — as a private citizen. Opponents of the bocce court said dal Cais would not release a draft of the grant application to them — so they filed a Freedom of Information Act (FOIA) request with Arlington County, which was eventually granted.

By this time, a petition opposing the proposed bocce court location was circulating among neighbors. Organizers say some 50-100 residents signed it. Opponents also say two people resigned from the Bluemont Civic Association’s bocce task force in protest of dal Cais’ private grant application. Then, on Sept. 27, the intrigue reached its height.

At a general membership meeting of the civic association, Dal Cais relinquished the chair in order to present a brief report on his grant application. Bocce supporters then describe an “ambush” of “hostile” questioning followed by a unadvertised motion and vote to send a letter to Arlington County opposing the bocce court location. The motion was allowed by the acting chair, passed and a letter was sent to County Board Chair Mary Hynes and several parks department officials.

In response, dal Cais’ supporters called an emergency meeting of the BCA Executive Board on Wednesday, Oct. 10 to “examine the unadvertised motion” and discuss the “tone and the lack of civility the audience directed at [dal Cais].” The meeting apparently did not go as hoped. Afterward, dal Cais, along with the civic association’s treasurer, webmaster, and parks and recreation liaison, all announced their resignations.