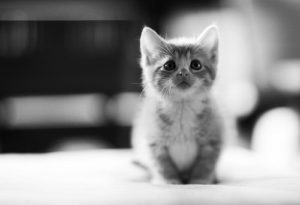 The boom of kittens born in spring has left a lot of animals homeless this summer.

As first reported by Coryn Julien in the blog The Arlington Connection, summer is a tough time to find homes for kittens and cats.  Because of spring’s increase in births, there are too few adopters to take in all of the kittens and cats in shelters.

The SPCA of Northern Virginia has noticed the cat problem as well.  The organization’s website lists an urgent need for foster homes for cats and kittens. It says while foster homes are always needed, it “is especially critical for cats during kitten season.”

Right now the Animal Welfare League of Arlington is focusing on adult cats who don’t get adopted because so many people are opting for the newborn kittens during the summer. To help alleviate the problem, the AWLA is offering free adoption of any cat at least two years old during the month of July.

In order to cut down on future cat population booms that lead to homeless animals, the AWLA also recommends spaying and neutering pets.