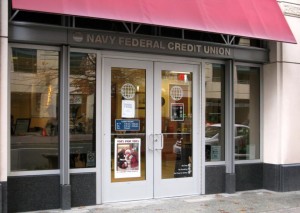 (Updated at 12:05 p.m.) The phrase “bank fees” used to describe a commonly-accepted practice. But in the past few months, rising fees have stoked consumer frustration. As a result, fed up customers have been abandoning big banks, and credit unions — including those located in Arlington — are reaping the rewards.

During the past year, and particularly the past two months, local credit unions have experienced rapid growth. Navy Federal Credit Union, for instance, experienced a 38 percent year-over-year jump in new members in October. Navy Federal has experienced a 23 percent increase in new customers in 2011, compared to its typical annual growth of 7 percent. 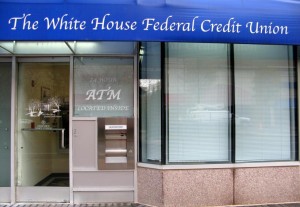 Although some banks have since rescinded new debit card fees and other banking charges, a grassroots movement toward credit unions and away from big banks seems to be taking hold. It even prompted the creation of Bank Transfer Day, which encouraged people to move their money to credit unions on November 5.

“People are expressing frustration over being treated like a number and not a member,” said Patty Briotta, public relations manager for the Clarendon-based National Association of Federal Credit Unions (NAFCU). “When some banks recalled their debit fees, it was too little, too late.”

Arlington Community Federal Credit Union CEO Brenda Turner said that in addition to accruing new applications, there has been an increase in customers who already held an account suddenly wanting to add another one.

Previously, many new members were attracted to credit unions due to features like competitive interest rates. Now, those who answered a NAFCU survey listed fees (24 percent) and general dissatisfaction (51 percent) as reasons for making the switch.

“During this challenging financial time, people want to leverage all of their resources and opportunities,” Briotta said. “You’re the boss at a credit union because it’s member-owned and a not-for-profit financial institution.” 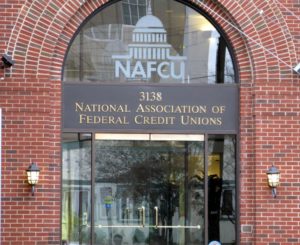 Navy Federal Credit Union spokesperson Donovan Fox agreed, adding: “All of our members have a vote and everything that we do is for the benefit of our members. We’re always trying to increase our services, making them better for our members.”

NAFCU has recently ramped up promotion of CUlookup.com, a website it created to help consumers locate local credit unions. The site, which also lists the membership criteria of individual credit unions, has experienced explosive growth. This October saw a 700% year-over-year increase in web traffic this year, according to Briotta.

Although the rush will likely level off, right now Arlington’s credit unions are reveling in the business boom.

“It’s a great deal,” Turner said. “It’s unfortunate that it hasn’t been as widely known the convenience that credit unions offer.”

Said Briotta: “This is an example of Main Street winning over Wall Street.”