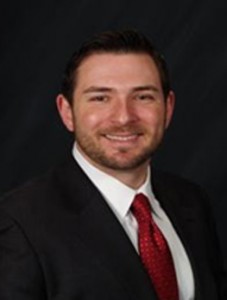 This week, we asked the candidates for competitive House of Delegates races in Arlington districts to write a sub-750 word essay describing why residents of their districts should vote for them on Election Day (Nov. 5).

Here is the unedited response from 45th District candidate Jeffrey Engle (I):

There are a lot of important issues facing the citizens of the Commonwealth these days. Those of us in Northern Virginia know more than most about the complex problems we are all going to have to face because of the federal government’s inability to negotiate practical solutions. Since the feds fall short of fulfilling their duties in DC, it is that much more important that the government in Richmond steps up and starts focusing on the important work of protecting our citizens. We need a new vision, clear goals, and accountability at all levels. We need true leadership, not partisan leadership.

I have never been a politician, but I have been serving this great country as a problem solver for my entire adult life. I am not done serving, and if the voters of the 45th House of Delegates District vote for me on November 5th I will work with all members of the General Assembly to come up with practical solutions to the serious issues we face. Issues like an education system that is failing our children, a transportation system that costs a lot of tax dollars and a lot of Northern Virginian’s time, and a tax and regulatory climate that is keeping Virginia from being as business friendly as it should be. These issues are not Republican or Democrat issues and they will not be solved by Republicans or Democrats alone.

Ultimately, this election will come down to a fairly straightforward choice, but it’s not the typical choice that voters face in other races, or even at the top of the ticket. This choice is between two men with very different views on the role government should play in your life. I have seen the failure of legislators working at the behest of special interests, and am dedicated to bringing greater transparency and accountability to Richmond. No one, especially not elected officials being influenced by lobbyists, should dictate the relationship between a doctor and their patients. No one, especially not elected officials influenced by special interest groups, should target taxes and regulations on hard working business owners. And no one, especially not those entrusted to represent the interests of the voters of the 45th HOD District, should go down to Richmond and advocate for less parental control of education, lower standards for poor and minority students, and less protection for the rights of law abiding Virginians.

If I am elected, I will make school safety initiatives my top priority. I will work with hard working legislators, educators, and parents to improve our education system and truly focus on preparing the next generation to enter adult life. And I will work tirelessly to protect the rights of all Virginians to live their lives, and enjoy their freedom as they see fit. So I ask that all voters take the time from their busy schedules on November 5th and vote for Jeffrey J. Engle for the House of Delegates.

Photo via Engle for Delegate