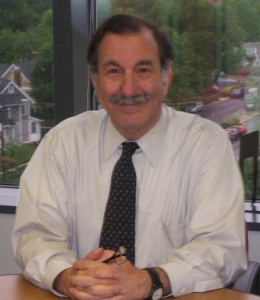 Former Arlington Family Court judge Frank Ceresi, who left the bench in 1996 to curate a sports memorabilia museum, died earlier this week. He was 64.

Ceresi was hired by the late Abe Pollin — former owner of the Washington Wizards — to be curator of the MCI National Sports Museum, according to the Society for American Baseball Research (SABR).

The National Sports Gallery closed in 2001, but afterwards, Ceresi decided to continue his career away from law with collectibles and sports artifacts. He was recently named curator of The National Pastime Museum, an online baseball museum.

Ceresi grew up in Alexandria and moved to Arlington in 1975 after graduating from University of Richmond law school. According to SABR’s obituary, he went into general practice before being appointed a Family Court judge in 1987.

Ceresi’s contagious enthusiasm and his passion for historical artifacts led him down a fulfilling new career path.

Over the next two decades, until his death of pancreatic cancer at age 64 on January 14, 2014, Frank Ceresi became a respected expert in sports memorabilia and appraisals, consulting and acquiring artifacts for museums and auction houses, and authoring many articles on baseball history. He also acquired for himself many “national treasures” — as he liked to call them — including a Shoeless Joe Jackson “Black Betsy” bat, Mickey Mantle’s first home run baseball, and a vast collection of scorecards dating back to the 19th century.

When the National Sports Gallery closed in 2001, he and longtime partner Carol McMains established FC Associates, a business specializing in museum consulting, appraisals, and legal services. He also co-authored and contributed to several books, including Baseball Americana: Treasures at the Library of Congress; Baseball in Washington, D.C.; The Washington Nationals and Their Grand Tour of 1867; When Baseball Went to War; and Deadball Stars of the National League, where he and McMains wrote the SABR biography of catcher and World War I veteran Hank Gowdy.