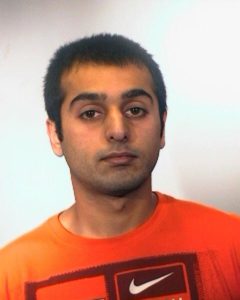 A 22-year-old Alexandria man received a net seven year prison sentence today after being found guilty of involuntary manslaughter in the Christmas Eve 2012 death of a pedestrian in Ballston.

Farhan Khan was sentenced today in Arlington Circuit Court for the death of Shabnam Motahhar-Tehrani, 32, who was killed in the accident at the corner of N. Glebe Road and Randolph Street. Khan was sentenced to 10 years in prison, with three years suspended. Additionally, his driver’s license will be revoked and he will be on probation for 10 years after his release, according to Assistant Commonwealth’s Attorney Jay Burkholder.

Witnesses said Khan was driving between 50-60 mph when he ran a red light and struck another vehicle. The collision caused his vehicle to spin out and hit Tehrani, who was standing on the sidewalk of Glebe Road. Khan had been cited eight times for previous moving violations, including for speeding the day before the fatal accident, Burkholder said.

“The defendant’s driving behavior was extraordinarily dangerous, particularly because of his excessive speed, the rainy road conditions, and the flagrant manner in which he ran the red light,” Burkholder told ARLnow.com. “Considering his extensive history of speeding, including an offense the day before this accident, and the fact that his gross negligence directly caused the death of Ms. Motahhar-Tehrani, we believed that a significant sentence was appropriate. We are grateful to the Court for its consideration of the evidence.”

The maximum sentence for involuntary manslaughter is 10 years in prison. Video of the accident was captured by a camera on a Metrobus that was stopped at the intersection, and it was introduced as evidence against Khan, Burkholder said.