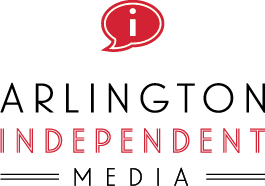 Arlington Independent Media, the Courthouse-based nonprofit organization that encourages average residents to produce and create their own content, plans to launch an FM radio station next year.

AIM announced yesterday that it had been approved by the Federal Communications Commission to construct a “low-power” FM radio station, one with a 3.5-mile broadcasting radius, from its headquarters in Courthouse. While the radius is small, it will cover most of Arlington and reach parts of the National Mall and the White House in D.C.

“Our focus will be on Arlington with the intent to provide hyper-local news, information, and entertainment,” AIM Executive Director Paul LeValley said in a press release.

The station will located at 96.7 on the FM dial and, while “the details are still being worked out” for programming, AIM said the goal is for members of the community to host their own radio shows for news, music, talk and event coverage.

“We’ve been impressed at the high degree of interest within the community,” LeValley said. “Radio programming remains very popular and a lot of people seem to want to participate in creating it.”

The station will be broadcast at 100 watts, and, being a low-power FM station, it can only be used for educational purposes, according to FCC regulations. The station may not be used for commercial means.

AIM’s Board of Directors approved the construction of the new radio station last month after the FCC signed off in June, according to the press release. The Board established a committee to work “alongside staff, AIM members, and the public to plan and implement all the steps required to build and operate a low power FM station.”