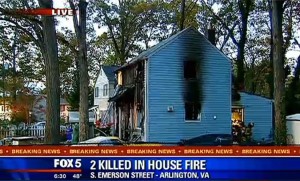 The online fundraiser set up to help Bill and Sarah Barkes — the survivors of the fatal house fire from earlier this month — has reached more than $70,000 in donations, but at least one scam artist appears to be trying to profit from the family’s pain.

According to an update on the Barkes family’s GoFundMe page, a Craigslist post was made by someone posing as a relative of the family under the guise of “collecting money through Paypal.”

The GoFundMe page is maintained by Joy Chadwick, the sister of the mother who died in the blaze trying to save one of her daughters, Emily, who also died. Chadwick has been updating the nearly 1,000 people who have donated to the cause in the two weeks since the fire. Chadwick wrote yesterday that Sarah was released from the hospital after more than a week in intensive care.

“[Bill Barkes] said the doctors were very excited about how fast Sarah was healing and at the this time no surgery is needed,” Chadwick wrote last week. “He said she is working hard on her physical therapy. If she continues with this progress she might be able to leave the hospital by Saturday. She is excited that some of her teachers are coming to visit her today.”

Chadwick wrote the family still has “not decided where they will live.” The cat that was missing after the fire was found and is currently living with Chadwick’s other sister, according to the page.