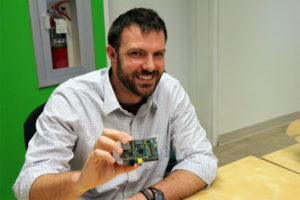 Dexter Industries Founder John Cole is sitting at his desk in Rosslyn’s ÜberOffices, but he won’t be there for long.

The head of the educational robotics company hasn’t stayed in one place much in his adult life. After graduating from George Washington University, he worked as a petroleum engineer for Halliburton in Louisiana. From there he launched a biodiesel startup, worked in reconstruction for the State Department in 2008 in East Baghdad at the height of the Iraq War,  moved to Mexico City, then back to D.C., followed by a stint in Afghanistan working for USAID, a few years in India and, now, Arlington.

India is where his company, which sells robots made from LEGOs, affordable materials and open-source computers, took off.

The company started slow after that. His first projects were with LEGO Mindstorms, basic robots with motors that can move around. Cole designed sensors to help them detect walls, and from there he was off to the races.

While in India, Cole decided to turn his attention full-time to Dexter Industries. Soon after, a $30 teaching computer called Raspberry Pi came out. The Raspberry Pi is designed to let anyone connect and use the computer for whatever they choose. It’s open source, meaning a tinkerer like Cole can bend it to his will.

Cole designed what he called a BrickPi. The system connects the Raspberry Pi computer to a LEGO Mindstorm robot, and allows those who purchase it to turn legos into ball cannons, tanks and anything else they can think up. Cole launched a Kickstarter campaign in June 2013 with a goal of $1,889.

“It was a big turning point in our company,” he said. “That’s when things really started to take off.”

With thousands of customers more than he expected, he had to figure out a way to deliver on all his orders. Being a do-it-yourself type already with a nose for adventure, Cole got a visa and traveled to China, set up meetings with manufacturers and distributors, and built his production network from the ground up.

“There’s a great quote I’ve heard: ‘You’ll know success when you feel panic,'” he said. “There were thousands of orders. That was a stressful experience.” 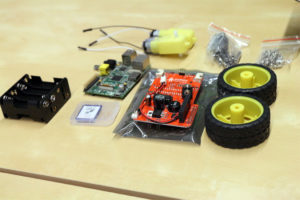 Cole ran the campaign from India, and the Kickstarter was so successful that he took an old “Dukes of Hazzard” airhorn he bought — “everyone in India has these really cool airhorns on their cars,” he said — and built a robot to have it go off every time the Kickstarter received a donation.

Last year, Dexter Industries launched another robot called the GoPiGo, available on their online store for $84.99. The kit includes a RaspberryPi and components to build a robot that moves. While the BrickPi has sold more total orders, the GoPiGo is currently Dexter Industries’ hottest selling product.

The next phase of Dexter Industries’s growth, Cole hopes, will come in education. He wants to take his products — which he calls a “hacker’s paradise” — and bring them into the classroom to get kids excited about building robots.

“Our market up until now has largely been makers and hackers,” he said. “We always considered ourselves an education company, but we’ve been educating the educated.”

Taryn Sullivan, Dexter Industries’ newest employee, is splitting her time between growing the educational side of the business and flying to China to work with the company’s manufacturers. 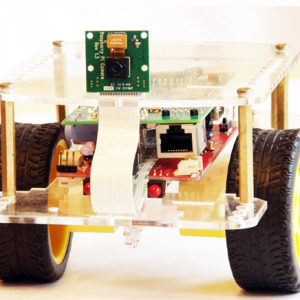 “Our goal is to be the leader in the open source robotics space in education and taking people from 0-60 in an open source environment,” she said. “I was the little girl who wanted the remote control car instead of the doll for Christmas. We just need to keep the kids’ attention, and make it something they want to do.”

Cole’s wife is a foreign service officer, so in a month’s time, he will be following her to Dubai in the United Arab Emirates. With Sullivan in China much of the time, an engineer still in India and the head of logistics still based in Virginia, Cole has had to find a way to coordinate his employees around the clock.

“If you’re never in a time zone, it adds a new dimension of not being in the same visible space, which is a challenge,” Cole admitted. But, he said, it can also be an advantage. “We’re like the British Empire, the sun never sets on Dexter Industries.”