When a consumer asks for a suggestion on a wine, I consider a lot of things before making the right suggestion, such as price, customer’s taste, occasion and food pairing. With the summer heat here for now and BBQs in full force, I’ve been suggesting Zinfandels. Most of the time the consumer says, “No, no, no, I don’t want sweet or a white zinfandel.” I have to quickly point out I’m talking about a red zinfandels, which are fruit-forward, medium-bodied, delicious red wines. Zinfandel happens to be California’s oldest grape, and, although not originally from California, its roots have been traced to be from Croatia or Italy’s Puglia region depending on whom you ask.

Zinfandel is also the same grape as the Italian red wine called Primitivo. The word primitivo in Italian means “early one.” The red wine and its grapes are called primitivo because of its early ripening nature. Classic Primitivos from Italy tend to have a darker color with rich and concentrated black fruit notes, which is different from California Zinfandels that tend to have bright, juicy, red fruit flavor notes. This difference in style is directly correlated with the difference in climate. Northern California, like most Zinfandel growing regions, has cooler temperatures, and Puglia (Southern Italy) has much warmer temperatures. Both styles are easy drinking red wines with great fruit that offer an alternative to your everyday Cabernet Sauvignon. California Zinfandels are more often than not are termed “Old Vine.” Grape vines usually produce grapes for about 120 years. Production decreases and grape clusters get smaller as the vines age. Winemakers claim, as vines get older, the grapes yielded are of better quality and more concentrated flavor.

Here are a few of my Favorite Zinfandels:

Easily one of our favorite and best selling Zinfandels we carry. At 15 percent a.b.v, Brazin is big and bold with dark fruit flavors and hints of vanilla and cinnamon on the long finish. Brazin’s big bold flavor is intense but is balanced out with it’s acidity and smooth tannins making Brazin great with slow roasted pork, grilled sausages and baby back ribs. 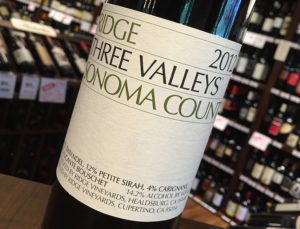 Ridge Three Valleys Zinfandel is a blend of Zinfandel grapes from all over Sonoma County as well as Petite Sirah, Carignane, Mataro, Alicante Bouchet and Grenache. These additional grapes provide character to the wine making it lighter and less jammy than the more stereotypical California Zinfandel. This doesn’t mean this wine doesn’t burst with flavor. Hints of blueberry, plum and cherry make this wine a steal and enjoyable for years to come. 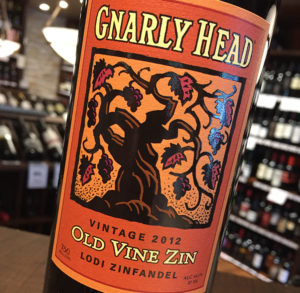 You can find Gnarly Head Old Vine Zin almost anywhere, but that Is not going to stop us from carrying it. Frankly for less than 10 dollars this wine is a home run. The newly released 2013 vintage has received some great press as well. Smooth and full bodied with tasty flavors of dark fruit, Gnarly Head zin is a great companion for a summer BBQ.

END_OF_DOCUMENT_TOKEN_TO_BE_REPLACED

More Stories
Is That an FBI Surveillance Plane Over Arlington?Sign in Clarendon: ‘People Don’t Have Airbags’