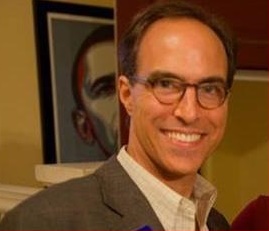 Yet progressive policies favored by a large majority of Arlington voters, set forth in Arlington County’s legislative agenda and advanced by Arlington’s representatives in the General Assembly and in Congress are very often opposed and killed by strong Republican majorities that do not reflect the composition of Virginia voters or the overall partisan breakdown of national votes for House of Representatives candidates.

These majorities do not reflect the values or competitive nature of Virginia’s electorate, but result from Republican redistricting decisions in the General Assembly in Richmond — packing Democratic voters into districts in Northern Virginia and in majority-minority districts in order to create many more safe Republican districts.

The impact on Arlington from this district packing is that political priorities for Arlington requiring legislative approval – and they are many – face a steep uphill battle in a House of Delegates that has a 67-32 Republican majority.

Recently, a federal court ruled that Virginia’s Congressional districts were drawn improperly (with a similar suit pending that challenges the Delegate districts drawn by Republicans in the House of Delegates).

How did that happen? Why did it happen? What can Arlingtonians do about it?

During the recent special session, Republican legislators in Richmond turned their backs on Arlingtonians and fellow Northern Virginians who bear the brunt of irresponsible gerrymandering that has gone on -by both parties over the years — for too long.

One example occurred in the House Privileges and Elections Committee.

“We’re no longer in session, so we can no longer take your testimony.”

With these words, Committee Chairman, Mark Cole (R-Spotsylvania) interrupted the testimony of a woman’s rights leader and essentially sent home the 19 scheduled speakers at a critical public hearing on how to respond to the federal court order that Virginia fix the Republican-created districts.

Indeed, Republican legislators who control the General Assembly did not even introduce a new map for consideration. With these and other actions and inactions, the Republican legislators failed to meet a unique opportunity for their party to show the world that it stood for strengthening freedom and democracy, and not for undermining the right to vote of many Virginians.

My brother and I were raised by a single mother in South America. My caring, resilient and talented mother made something clear from the get go: if you break something, you take responsibility for it and you go out of your way to fix it. The House Republicans certainly failed my mother’s test.

Indeed, “Virginia is ranked as one of the most gerrymandered states in the country both on the congressional and state levels based on lack of compactness and contiguity of its districts,” according to OneVirginia 2021, a Richmond-based multi-partisan organization advocating for fair redistricting in the Commonwealth. Throughout the Commonwealth, counties and cities are being broken up in half or into multiple pieces to create heavily partisan districts.”

What can Arlingtonians do about the need for fair redistricting? An important first step is supporting the efforts of OneVirginia 2021.

Another step is to be vigilant about what happens in the General Assembly and voice your concerns to legislators across the state.

The bottom line: our constitutional right to vote is sacred – it’s our voice. People should pick their political leaders, NOT the other way around. A GOP truly committed to freedom and democracy would support nonpartisan redistricting, which is gradually taking hold in several states and should become the law nationwide. Electoral districts should be compact, contiguous, and grounded on the principles of equal representation. Nonpartisan redistricting should be a moral imperative for all of us and we should demand it from our leaders now.

Federico E. Cura is a strategic communication trainer, outreach specialist and grassroots organizer. He spent years as a K-12 educator teaching Spanish and ESOL, and served on the Arlington County Transportation Commission.