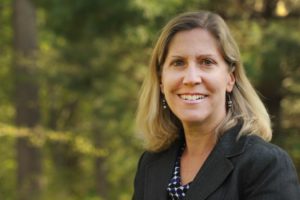 One in five women has been sexually assaulted while in college, according to a 2016 report of the Bureau of Justice Statistics. This statistic does not begin to capture the reality of being a victim of sexual assault. At Duke University, students organize an annual photo exhibition of survivors. These stories about the assaults, and the reactions of friends, family, and campus officials, can be found at: https://www.facebook.com/dukebreakingout.

Recognizing the serious problem of campus sexual violence, Governor McAuliffe established a Task Force on Combatting Campus Sexual Violence in 2014, chaired by Attorney General Mark Herring. The Task Force issued its report in May 2015, with 21 recommendations focused on providing a coordinated and trauma-informed response to survivors of sexual assault, improving campus policies and procedures, and minimizing barriers to reporting.

The 2016 Virginia General Assembly acted swiftly to enact legislation based on many Task Force recommendations, including development of curricula on trauma-informed sexual assault investigations; new requirements for the storage and analysis of Physical Evidence Recovery Kits to assist in the prosecution of sexual assault cases; enhanced information-sharing between universities and local law enforcement agencies; and wider participation by campus officials in Sexual Assault Response Teams, convened by local Commonwealth’s Attorneys.

The Governor’s Task Force also addressed prevention of sexual assault on college campuses, recognizing that education should start in elementary, middle and high school, with a focus on healthy relationships. Such education efforts not only can help prevent sexual assault in college, but also address the reality that middle and high school students also are victims. According to the U.S. Department of Education, one in five female high school students reports being physically harmed and/or sexually abused by a dating partner. It is important to note that male students also are victims of sexual assault in secondary school and college.

In Arlington, much work is being done to promote healthy relationships and prevent sexual assault involving our young people. This includes the Arlington Public Schools (APS) health curriculum taught through tenth grade. In December 2015, APS partnered with PAVE (Promoting Awareness | Victim Empowerment), a national non-profit, to host a national SafeBAE Summit. SafeBAE (Before Anyone Else) is a national campaign to raise awareness about sexual assault in middle and high schools.

In addition to these efforts, Project Peace is a countywide collaboration that addresses prevention of domestic and sexual violence and improving the community response to these issues. The Project Peace Prevention Committee is focused on middle and high school students and its membership includes students; community members; County Government and APS staff; and representatives of Doorways for Women and Families; PAVE; and the Partnership for Children, Youth and Families.

PAVE, working with the Project Peace Prevention Committee, has applied for a three-year grant through the U.S. Department of Justice’s Office on Violence Against Women to enhance the education/prevention program for Arlington students. This application includes a Memorandum of Understanding among APS, the Arlington County Police Department, the Victim/Witness Program of the Commonwealth’s Attorney’s Office, PAVE, Doorways, and the Teen Network Board.

Critical to the success of this work is a community commitment to recognizing the issue and addressing it in a coordinated way. Fortunately, Arlington County is doing ongoing work to educate our community about healthy relationships, what consent is, bystander intervention, and rights and responsibilities under Title IX — the federal civil rights law prohibiting discrimination on the basis of sex in education programs and activities.

April is Sexual Assault Awareness Month. This is a good time for students, families, County and APS officials, and the larger Arlington community to learn more about sexual assault and the resources available to prevent it and to support survivors. One important resource here in Arlington is the Doorways’ 24-hour Domestic & Sexual Assault Hotline: (703) 237-0881.

In addition, you can find information and resources at these websites:

Doorways for Women and Families: www.DoorwaysVA.org

Given the prevalence of sexual assault, each of us is likely to know a survivor. Let’s take the opportunity during Sexual Assault Awareness Month to learn more to help prevent sexual assault and to support survivors.

Abby Raphael was appointed to the Governor’s Task Force on Combatting Campus Sexual Violence and serves on Arlington’s Project Peace Prevention Committee. She was a member of the Arlington School Board for eight years (2008-2015), including two terms as Chair, and is a former Arlington Assistant Commonwealth’s Attorney.

END_OF_DOCUMENT_TOKEN_TO_BE_REPLACED

More Stories
Peter’s Take: Roadmap To Our Region’s Economic FutureMeet Our Opinion Columnists and Enjoy a Pint on Columbia Pike Later This Month