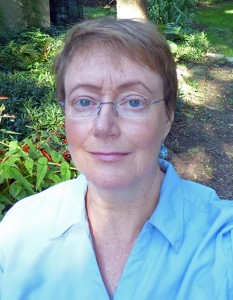 It is deeply disappointing when political leaders say one thing and do the opposite. That is why it was so troubling to see Tuesday’s County Board action violating the Board’s own public notice requirements – that Board Chair Libby Garvey had previously advocated for vigorously – in order to set in motion a review of “Strategic Priorities for Arlington.”

Acknowledging that Board members had discussed the proposal for months, she nevertheless initiated a wholesale review of County priorities by an unelected small group without providing any opportunity for comment by the public, Advisory Commissions, the School Board or Arlington’s many engaged community organizations. The draft Charge was not posted on the County’s website until the start of the Board’s Tuesday meeting where it was voted upon.

Whether or not one believes that the County’s priorities over recent years – schools, affordable housing, public safety, parks, environmental stewardship, and economic competitiveness – should be changed, this was not the way to do it.

The call for a six-member “Blue Ribbon” Panel – one member appointed by each County Board member and one appointed by the County Manager – will proceed without any selection by School Board members even though nearly half of our County’s budget goes to our excellent schools and we face a large and growing enrollment challenge.

The Panel’s Charge is to “provide an evaluation of the current policy goals and objectives for the County…and recommendations for a plan to reconcile and prioritize those goals.” Ms. Garvey talked at length about the need to “do things differently” and set priorities among all the service areas. Yet her repeated call to focus on “core” services suggests she has already decided which services she intends to downgrade. Those of us who take pride in services that reflect Arlington’s progressive values, including parks, trails, human services, arts, libraries and the environment, have reason to worry about service cuts.

In addition, it appears that the six Panel members will recommend which adopted County policies should be de-emphasized. I expect many Arlingtonians who labored on the Community Energy Plan, Affordable Housing Master Plan or Master Transportation Plan will be deeply concerned whether this small group will push to change or undo their recommendations.

By contrast, the well-received 2015 Community Facility Study resulted from a timely and efficient process involving more than 200 individuals and groups. The need for the Facility Study was identified in multiple campaigns and in both school and County advisory groups. The County and School Boards appointed a 23-member group that was a cross section of Arlingtonians – by age, geography, ethnicity, and leadership experience. And the charge mandated broad community involvement from interested Arlingtonians and organizations.

Perhaps, we shouldn’t be surprised by this contrast. It hearkens back to a failure by Ms. Garvey during her School Board tenure to engage our schools community in creating a long-term vision for addressing growing enrollment. The result has meant that every boundary change, proposed new school or programmatic adjustment stirs distrust from parents who care passionately about the education of their children. And she has shown little interest in acting on the widely-supported recommendations of the Community Facilities Study that would help address that earlier failure.

Perhaps the most telling moment of Tuesday’s discussion came when, addressing Jay Fisette’s comment about the importance of broad civic engagement in the development of Arlington’s plans, John Vihstadt noted that it would be up to the Board to decide in December whether the work of six Panel members would actually be used or might “end up in the proverbial circular file.”

So is the launch of the “Blue Ribbon” panel only the start of a longer process? Or is it meant to unwind community priorities that have evolved over a great deal of time and through broad-based discussions?

Is this the beginning of an effort to examine the Arlington County budget holistically and establish a common-sense approach for setting budget priorities? Or is it just a way to play favorites?

Whatever the motives, violating the Board’s own prior notice requirements and launching a wide-ranging review without input from residents, businesses or community groups is wrong. It certainly isn’t the Arlington Way.

Terry Savela has lived in Arlington since 1985 and served as a County Planning Commissioner, Transportation Commissioner, and as the vice chair of the Crystal City Task Force.