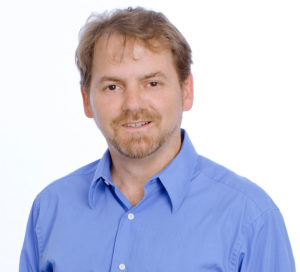 It’s ironic that ARLnow’s April 22 article said “Gutshall attempted to re-litigate the streetcar…” at the first County Board candidate debate held on April 20.

Nothing could be further from the truth. Along the Pike and in Crystal City we know that “streetcar” is no longer on our menu of transit choices. We understand that neither Erik Gutshall nor Libby Garvey is in favor of bringing the streetcar back, and both further agree that Arlington needs to move forward with alternative plans to address Columbia Pike.

The real difference between the candidates is that only one has, for well over a year, been in a position to act yet hasn’t.

Residents of Columbia Pike and Crystal City waited in vain throughout 2015 to hear more specifics from longtime BRT proponents Libby Garvey and John Vihstadt. While we attended meetings and filled out on-line surveys, these leaders offered no new ideas for us to consider – even though they had assured us that easily implemented alternatives were readily available.

Arlingtonians for Sensible Transit (AST) folded its tent, too, leaving us to wonder about its true purpose. AST’s Peter Rousselot, a very vocal opponent of the streetcar, has been thunderingly silent in advocating for any transit alternative. In fact, everyone involved with the “BRT movement of 2013-2014” disappeared completely from publicly advocating for improved transit services that met our well-articulated vision and needs.

The staff-led Transit Development Plan (TDP) process somehow became a reason NOT to provide active leadership for the Pike and Crystal City.

We thought that perhaps we would see the Board’s BRT proponents’ commitment to us in the recently adopted FY17 budget. After all, the draft TDP identified improvements in connectivity between the Pike and Ballston as well as enhancements in the Crystal City area as funding priorities in FY17. In fact, only one new route was funded in the FY17 budget — the ART 55 — a northside bus replacing a Metro bus route.

Unfortunately, our elected BRT leaders’ silence continues. The draft TDP contains nothing new or creative here for 22202 and 22204 to rely on. The TDP says our mode is “BUS and only BUS” and as proposed will do a great job of moving people OUT of Arlington but very little to help people move AROUND Arlington, and especially on the Pike.

Yes, some service is more frequent; and some commuters will get service during rush hour with fewer stops; but for those of us who were hoping to ditch our cars to do most of our regular errands off-peak there isn’t enough here to make leaving our cars behind practical.

Arlington’s success has been built in large part on long-term vision and strategic public investment in solutions that provide mobility beyond the car for those of us who live here — especially in our densest neighborhoods. Making sure this continues to happen on the Pike and in Crystal City is critical to Arlington’s long-term success. We can’t do baby steps or we will strangle our economic recovery.

The streetcar — vilified as it was by some — was a transformational option developed over ten years with significant public input. We’ve removed it, but the problem still remains. Now, we need even more ongoing focused creativity to ensure that the Pike achieves its adopted vision and Crystal City becomes a great place to live as well as work.

In her New Year’s Day remarks, Ms. Garvey stated that “…we have all been frustrated at how long it seems to be taking to design a substitute [for the streetcar].” That is an understatement for residents of the Pike and Crystal City.

We are still waiting for leadership from the County Board — most particularly from Ms. Garvey, who worked so hard to kill the streetcar and advocated so loudly for buses. It is clearly easier to “just say no” and to criticize than to constructively develop and implement positive solutions.

Eric Harold has lived in the Barcroft neighborhood of Arlington since 1998. He has served twice as president of the Barcroft School & Civic League (the Barcroft civic association) and for twelve years until 2013 on the County’s Environment and Energy Conservation Commission (E2C2). He currently serves on the APS Advisory Commission on Facilities and Capital Construction (FAC).

END_OF_DOCUMENT_TOKEN_TO_BE_REPLACED

More Stories
Peter’s Take: Restoring Voting Rights For Virginia Ex-FelonsHot Topics on the Pike: Will Columbia Pike Be an ‘Affordable Clarendon’ By 2040?