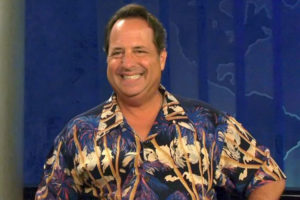 A comedian who once played a “master thespian” and a devil on “Saturday Night Live” is scheduled to bring his stand-up show to Arlington next month.

Jon Lovitz is set to take the stage at Arlington Drafthouse (2903 Columbia Pike) from Friday, Sept. 16., to Sunday, Sept. 18. He has Friday and Saturday shows at 10 p.m., as well as Saturday and Sunday performances at 7 p.m.

Lovitz, who also voiced the film reviewer in the animated TV show, “The Critic,” is a “versatile comedic actor instantly recognizable for his distinctive voice, acerbic wit, pear-shaped body, and hangdog eyes,” according to Arlington Drafthouse’s website.