Arlington Agenda is a listing of interesting events for the week ahead in Arlington County. In case you’d like to watch tonight’s presidential debates with a drink in your hand but don’t know where to go, we’ve included some last-minute suggestions.

If you’d like to see your event featured, fill out the event submission form. 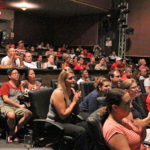 Arlington Drafthouse will screen the first of three televised debates between presidential candidates Hillary Clinton and Donald Trump. The event is free and lasts until the debate ends. 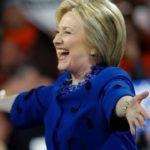 Groups Latinos con Hillary and Mujeres in Politics are scheduled to host a volunteer phone bank and debate watch party for presidential candidate Hillary Clinton. Cafe Sazon is opening exclusively for volunteers and will have specials such as a soda or beer and two empanadas for $11, tax and tip included. 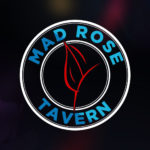 Young professionals who support Hillary Clinton are set to gather at Mad Rose Tavern for a grassroots fundraiser. The event will include an appearance by Adam Parkhomenko, who is the national field director for the Democratic National Committee and a longtime Clinton aide. Tickets start at $45. 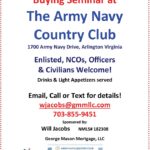 Attendees can bring their questions and concerns to this home buyer’s seminar at the Army Navy Country Club. The seminar will include light food and drinks, a door prize and free credit reports. 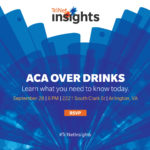 The Affordable Care Act comes with new regulations, requirements, and deadlines. Is your company is in compliance? TriNet’s experts will educate attendees about the ins and outs of the health care law during this informational session. The event will also include drinks, food and networking. 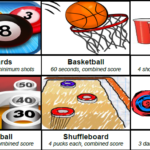 Go for the gold and support the Arlington Food Assistance Center at the same time during this bar game competition. Attendees will face off in a variety of events such as skee ball, shuffleboard and arcade basketball. The entry fee is $10 per individual or $20 for a team of two. 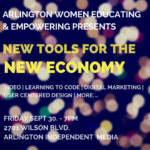 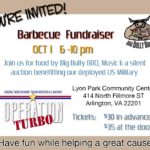 Support a local nonprofit while eating barbecue from Big Bully BBQ, dancing to music, participating in raffles and drinking beer and wine.  Tickets are $35 per person at the door. 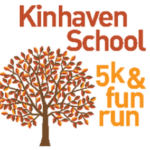 Kinhaven kids and their families will provide encouragement and cheer on runners and walkers as they travel along the W&OD bike trail. Strollers and walkers are welcome.