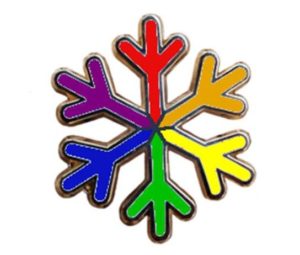 The term “snowflake” has become one of the more widely-used insults in online political debates lately, and now an Arlington man is trying to adopt it as a badge of honor.

Ballston resident Michael Getter has begun what he describes as a campaign to unite opposition against President Trump and his administration’s agenda. To do so, he’s planning to manufacture “snowflake” lapel pins of different colors to represent particular issues.

And Getter said if the idea proves viable, proceeds from buying the snowflake pins will go to related charities and advocacy organizations that “have a proven track record and are effective.”

Getter says he was inspired by the opposition rallied at the Women’s March on Washington in January and the use of the word “snowflake” to show disdain for young people and their objections.

“It crystallized in my mind, that a snowflake might become a symbol not necessarily of the resistance, but basically for everybody who disagrees on different grounds with Trump and his administration,” Getter said. “Instead of hearing it as a derogatory term, we’ll learn that we’re all different.” 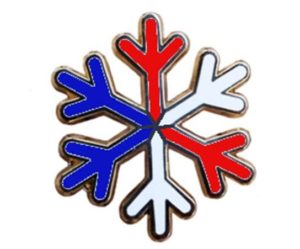 Already, Getter has put together a list of more than 15 snowflake designs. Some are focused on issues like healthcare and immigration, while others are for those affiliated to a political party.

Getter said it was important to try and capture as many issues as possible, and be inclusive of all opposing viewpoints.

The endeavor is set to ramp up as of May 1, which Getter said will mark the start of its Kickstarter campaign to raise initial funds. 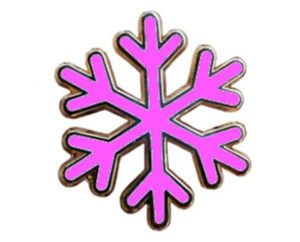 Manufacturing the pins could prove costly, Getter said, as he wishes to have them made in the United States.

But he said he hopes his campaign will encourage unity among opponents of the Trump administration’s agenda.

“They have something they can be proud of, wear it and be part of a larger group that’s proud to be who they are, not ashamed of being called a ‘snowflake,'” he said. “I wanted to bring some unity and recognition, and make a statement. If you see another person on the street with a snowflake, you have an instant connection with that person, knowing they are on your side.”