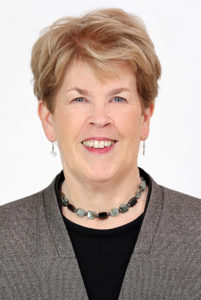 Could you explain basketball’s March Madness to people in China? Who would even try?

A couple of years ago, the University of Dayton added a new angle to its basketball coverage — energetically broadcasting the Flyers’ games in Mandarin.

Why? The university wanted to better engage its international students on campus (about 450 speak Mandarin) and to promote its brand in China, where it has a research institute.

Results: More than 1,200 passionate listeners, here and in China, and lots of spinoff media attention. More people feeling connected to the university, and a brand with brighter luster.

This kind of approach goes beyond just niche marketing, and gets at something Arlington may need more of: getting outside our comfort zone.

Getting outside our bubble could mean our place, our approach or our perspective. At a recent packed event at Central Library, author Viet Thanh Nguyen, author of the Pulitzer prize-winning book “The Sympathizer,” made a positive comment about refugees. It brought strong applause, and one woman murmured, “Good old Arlington.” Yes, Arlington has (and we enjoy) a mostly affluent, educated, fairly Blue bubble, one that cares for others — health care, housing, you name it.

Yet — for example — I have seen students industriously using the internet to research life in Ethiopia, perhaps not knowing that dozens of recent Ethiopian immigrants go to our schools. (They’d be able to give other students a first-hand account!)

How might we become more attuned to worlds different from our own? For starters, consider how we can make those worlds productively collide.

One example: Virginia Tech students are exploring the history of legacy businesses in the Nauck neighborhood and along Lee Highway. They interviewed people like Darryl Collins, owner of Friendly Cab and grandson of founder Ralph Collins. During the segregation of the 1940s and 1950s, women of color had to leave Arlington in order to give birth, usually at a hospital in D.C. Ralph Collins founded his cab company to serve such needs.

For another project in Rosslyn, where busy streets and highways block pedestrian access to the Potomac River, the county asked Virginia Tech students for ideas to make the waterfront more inviting. “We felt they could be both imaginative and unconstrained, unworried about ruffling feathers among the many landowners and agencies,” said one leader.

Arlington basks in our national rankings and urban buzz, yet some may not relish talking ideas, particularly politics, with people who don’t already lean the same way. On the other hand, many progressive leaders feel it’s urgent to escape an echo chamber where friends and media choices just reinforce our own opinions.

Those progressives believe that stepping outside the bubble can help us think better, solve problems better, and perhaps build community in new ways. We also think it may help us steer clear of surprises and shoals in elections to come.

We take a page from people like U.S. Sen. Tim Kaine (D-Va.), who recently spent several days in small towns in Virginia’s southwestern corner, an area not particularly friendly to Democrats. Just showing up and listening is a start.

Out in red state Montana, Steve Bullock, the Democratic governor, won re-election comfortably last November even when Hillary Clinton got just 36 percent of the vote in his state. He told The New York Times recently: “Ever since, national reporters have asked me whether Montana Democrats have some secret recipe….But it’s not all that hard to figure out. Above all, spend time in places where people disagree with you. Reach out. People will appreciate it, even if they are not inclined to vote for you.”

None of us knows as much about America — and perhaps about Arlington — as we think. Yet we don’t have to visit a faraway red state. If you travel along Glebe Road, Arlington is less than nine miles from end to end, but there are many different worlds along that road. If ever there was a time to expand our view, the time to stretch seems now.

Elaine Furlow was Director, Strategic Planning for AARP until her recent retirement. She also served as an Arlington School Board member from 1998-2005.