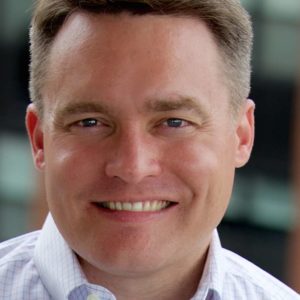 Over the past four months, Arlington Democrats have reached out to the community on issues at stake at the national, state, and local levels.

Here’s what we learned and what you can do to make a difference.

Who would have known when we met at Key Elementary School in February that Obamacare would still be the law of the land today? Congress may well pass a bill to overturn the progress made under Obamacare, but activism and the CBO’s estimate that 23 million Americans would lose health care coverage under the House Republicans’ proposal has changed the conversation.

The health care forum included a panel of experts on federal, Virginia, and local health care policy and a discussion with community members. One shared conclusion: Virginia voters must hold accountable those who will not support expansion of Medicaid.

The most powerful moments were hearing personal stories from our neighbors, including one woman who shared the story of her fight with insurance companies over the care she was seeking for her son as he fought against the cancer that ultimately took his life. People in the room were moved to honor the mother’s request that we act so that affordable, comprehensive coverage — that actually pays claims — is available to all.

During our immigration forum on March 28 at Patrick Henry Elementary School, we heard from two individuals who have been impacted directly by policies that veer from our nation’s founding values of welcoming those affected by poverty and violence elsewhere to join their stories with the American story.

A young Dreamer — valedictorian at Wakefield High School – told us how she had to leave Virginia to attend college, despite having lived in Arlington since she was a child, in large measure because the in-state tuition provisions put in place by Gov. Terry McAuliffe (D) were not yet the law.

A woman from Sudan described earning asylum to come to the United States and the fear she felt when President Trump tried to impose an unconstitutional travel ban that would have prevented her from returning from a trip to care for her elderly mother.

Both speakers and the broader discussion inspired us to ensure that Arlington’s leaders and residents are welcoming to new neighbors.

Discovery Elementary School, Arlington’s first net-zero school, was a perfect venue for our forum on Climate Change on April 27, which occurred prior to U.S. withdrawal from the Paris Climate Agreement and Gov. McAuliffe’s subsequent commitment to carbon emissions reduction targets for Virginia.

The speakers encouraged the audience to call, write, and speak out. We collected signatures and provided an opportunity for participants to join ongoing advocacy efforts.

At the local level, we learned that Arlington is implementing a plan to convert County buildings to renewable energy.

Americans and Arlingtonians know that we must make better choices than the President’s withdrawal decision and embrace green technology now and in the years to come.

Our last forum addressed the central importance of an economy that helps create a country, Commonwealth and county where the middle class and the American dream thrive. We heard about the presence of real poverty even in affluent Arlington, how economic insecurity is threatening many in the middle class, and the need for policies to address these problems.

So What Did We learn?

Whether the subject is health care, immigration, climate change, or labor and income inequality, all will be addressed more successfully if we elect a Democratic governor and a Democratic majority in the House of Delegates in Virginia in November 2017.

So we ask you to join the Arlington Democrats at www.arlingtondemocrats.org to help make a difference on these issues and others at stake this year. With your help, a strong voter turnout in Arlington will be an important element in winning a very competitive election in November.

Matt de Ferranti is a Co-Chair of the 2017 Arlington Joint Democratic Campaign. He wishes to thank the Issue Forum Team members for their joint leadership on the Forums and their critical contributions to this column.