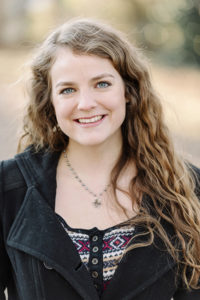 Some Democrats are stuck in a paradox: they yearn for President Donald Trump to be impeached yet want him to complete his first term to drive Democratic turnout in upcoming elections. This dangerous mindset puts party over country.

If the President has colluded with Russia, obstructed justice, or accepted money from foreign governments, he should be impeached immediately. And if Democrats can effectively communicate their values and policies to voters, then they have something to fall back on to drive turnout separate from anti-Trump fervor.

The Democratic Party must be a progressive party with a vision for the future and cannot be a reactionary party defined by opposition. As the vanguard of the Democratic Party, the Democratic National Committee must invest in more than the anti-Trump fervor highlighted in most of its press releases and its Twitter feed.

There is much about President Trump’s administration worth opposing — from a travel ban that reneges on America’s founding principles to his decision to leave the Paris Accord that puts special interests over the general welfare. But blanket opposition must be paired with promotion of a positive agenda. Opposition should be backed up with strong alternative policies.

The same problems and policies that plague the Trump Administration were apparent in his campaign, but voters still elected him. Trump speaks for himself. Will Democrats find their voice?

While anti-Trump fervor will bring some short-term gains, Democratic organizations must champion their own policies so they can lead effectively and promote a progressive agenda once President Trump is out of office or when Democrats gain control of Congress.

Furthermore, Democrats shouldn’t overlook two important factions – members of progressive, grassroots organizations that are leading much of the resistance; and voters who are becoming fatigued by the endless coverage of President Trump and are losing faith in democracy and politics as a result. Democratic organizations can reach each of these factions by supporting the resistance while offering a strong, positive agenda.

The national Democratic Party has an impressive platform, but it must be communicated effectively. Democratic policies have the potential to reach and energize voters — especially young people – through the planks of ending LGBT employment discrimination; making the minimum wage a living wage; expanding access to healthcare; creating a path to citizenship for undocumented Americans; and making debt-free college a reality.

While local party chapters (like the Arlington Young Democrats) have done a good job of advocating for these issues, national Democrats must do a better job of framing the national narrative.

Democrats focused primarily on obstruction should look to Republicans’ health care resistance without a positive alternative as a cautionary tale. For seven years, Republicans campaigned against President Barack Obama’s Affordable Care Act, repeatedly voting to repeal knowing they could not override a veto.

Yet, even after winning the White House, Republicans have struggled to come up with an alternative to ACA. The House and Senate proposals are both deeply unpopular and will leave Republican members of Congress at risk even if they manage to pass a bill.

While Democrats absolutely must continue to oppose the Republican bills, they must also propose how they would amend the ACA to address some of the shortcomings that do exist. That way, when Democrats regain control of Congress, they will be ready to act and have a mandate for doing so.

The Democratic Party has its challenges — the recent election exposed a rift in the party between moderates and progressives and also between the old guard and young activists. Opposing President Trump is a good way to find common ground among liberals (and even with some Republicans), but being strategic about politics shouldn’t come at the expense of policy and values.

Instead of ignoring this divide and putting off internal debate, the party should engage in some serious soul-searching. There is no shortage of analysis on what went wrong in the 2016 election, now it’s time to decide in which direction to steer the ship.

At the end of the day, anti-Trump sentiment might get some voters to show up to Democratic meetings and vote in 2017 or 2018, but it’s not going to get them to stay. Democratic leaders and national Democratic organizations need to give people reasons to vote Democratic besides voting against President Trump.

To do so, the Party must reach voters – whether newly engaged in the resistance or instead becoming disillusioned by the democratic process — with a positive message of social, economic and environmental justice.