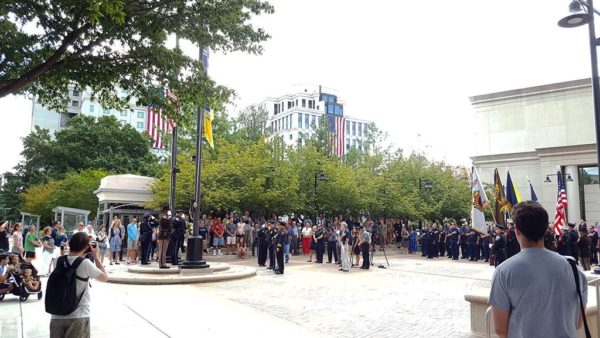 Arlington County will remember the 184 victims of the September 11, 2001 terrorist attacks at a memorial ceremony on Monday morning.

The ceremony will begin at 9:30 a.m. on September 11 at Courthouse Plaza (2100 Clarendon Blvd), at the outdoor flagpoles above the Metro station.

A moment of silence will be observed at 9:37 a.m., marking the time that American Airlines Flight 77 flew into the Pentagon, where 184 people died. The silence will be followed by a playing of “Taps” and a lowering of the flag to half-staff.

The event will also feature a wreath-laying and the presentation of colors.