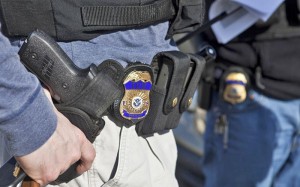 Luis Arnoldo Flores-Reyes, also known as Maloso or Lobo, 37, is alleged to have been engaged in “a racketeering conspiracy that included extortion, drug trafficking, murder and a conspiracy to commit murder” as a member of MS-13’s Sailors Clique.

He is charged with conspiracy to participate in a racketeering enterprise, conspiracy to distribute controlled substances, and conspiracy to interfere with interstate commerce by extortion.

MS-13 is an international gang with ties to El Salvador and is one of America’s largest street gangs.

Luis Arnoldo Flores-Reyes, aka Maloso and Lobo, 37, is charged in a four-count superseding indictment that alleges that from at least 2015 through January 2018, he was a member and associate of the Sailors Clique of MS-13 and that he engaged in a racketeering conspiracy that included extortion, drug trafficking, murder and a conspiracy to commit murder. The defendant is also charged with drug trafficking conspiracy and conspiracy to interfere with interstate commerce by extortion. Flores-Reyes is in custody.

According to the indictment, MS-13 is a national and international gang composed primarily of immigrants or descendants from El Salvador. Branches or “cliques” of MS-13, one of the largest street gangs in the United States, operate throughout Prince George’s County and Montgomery County, Maryland. Eleven other individuals were previously charged in this case with racketeering conspiracy, conspiracy to commit murder in aid of racketeering, drug trafficking conspiracy and conspiracy to interfere with interstate commerce by extortion.

More specifically, in January 2018, Flores-Reyes gave directions to members of MS-13 in Houston, Texas that they should purchase a gun and shoot rival gang members who were believed to have killed a member of MS-13. On or about Jan. 28, 2018, members of MS-13 in Houston, Texas shot at and attempted to kill suspected rival gang members while Flores-Reyes and other MS-13 members, including MS-13 members in El Salvador, monitored the shooting by phone.

An indictment is not a finding of guilt. An individual charged by indictment is presumed innocent until proven guilty at some later criminal proceedings.

Trial Attorney Catherine K. Dick of the Criminal Division’s Organized Crime and Gang Section and Assistant U.S. Attorneys William D. Moomau and Daniel C. Gardner of the U.S. Attorney’s Office for the District of Maryland are prosecuting this case.