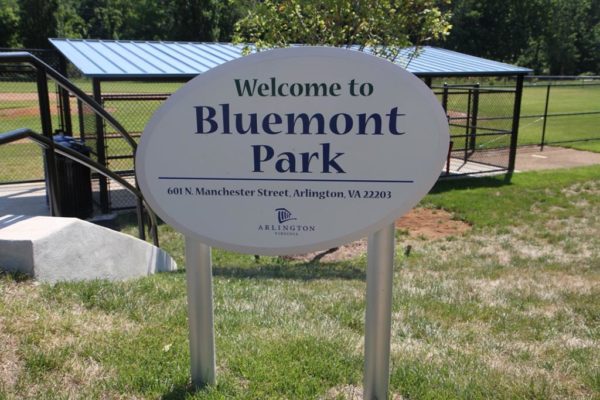 Arlington County is seeking public input on how to renovate Bluemont Park.

The 70-acre park at 601 N. Manchester Street is home to tennis and volleyball courts and a baseball field that was renovated over the protest of some residents. The Washington and Old Dominion Trail and the Four Mile Run Trail pass through the park as well, making it a popular thoroughfare for cyclists and joggers. Over the years, the park has also been a center for community events, races, and fundraisers.

Now the county is planning to renovate some of the park’s amenities, according to a social media post on Twitter.

Residents are asked to fill out an online survey asking questions about how often they visit the park and which amenities they use.

The survey also includes a page of questions about the tennis courts. It asks respondents if they’d described themselves as a “competitive” or “recreational” player, and to rank aspects of the courts (shade, practice wall, playing surface) that are most important to them.

Renovations are slated to begin in the third quarter of this year, and wrap up by the end of the year.

Help us rethink the tennis courts and amenities at Bluemont Park! Before we do any kind of renovation, we need your inputTell us how you use the park and how it can better serve our community. Share your thoughts by July 9. https://t.co/6cQdrFsRbb pic.twitter.com/qko7BYkgws

The survey also asks how people travel to the park and where drivers park their vehicles.

Bluemont Park has been the site of several crashes near the park and into Four Mile Run creek.

Residents have until Tuesday, July 9 to fill out the online survey. Staff will also be canvassing neighborhoods in person for feedback, per the project’s website.