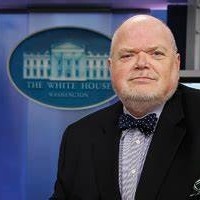 The past two sessions of the General Assembly have been the most progressive in the more than 400 years that Virginia has had a legislative assembly.

As the House of Delegates and Senate met in 2020 and 2021, they abolished the death penalty;  marijuana possession by adults was legalized; voter rights were expanded, including same-day voter registration; and gun-safety laws were strengthened, including background checks for private gun sales. The state minimum wage was increased; conversion therapy for homosexuals as adults was banned; and the age-old problem of racial discrimination based on hair, including its texture and type, was outlawed. The proposed Equal Rights Amendment to the U.S. Constitution was finally supported — four decades after Congress sent the measure to the states.

As each landmark measure was enacted, I took to social media to remind: “Elections matter,” because they do, and elections will matter again this fall as common-sense Democrats defend their hold on the three statewide offices — governor, lieutenant governor, attorney general — and their majority in the House of Delegates.

Similarly, the Democratic edge in the State Senate will be on the line when all 40 members are up in 2023.

Elections matter locally, too. Longtime Republican John Vihstadt, calling himself an independent, first won an Arlington County Board seat in a quirky special election in 2014. But when Democrats focused laser-like in 2018, Vihstadt was swept right back out by a determined Democrat, Matt de Ferranti.

Democrats across the Commonwealth this fall will need a similarly tight focus on the progressive, common-sense nature of their reforms, almost all of which have public support gauging by recent statewide polls. The main task for Democrats is getting their voters to the polls.

None of the common-sense measures that passed in 2020 and 2021 would have been enacted without the legislative elections in 2017 that cut into Republican control of the House of Delegates and the one in 2019 that put Democrats in control of both House and Senate. For the first time in 25 years, Virginia voters produced a Democratic “trifecta” — Democratic majorities in the House and Senate to add to a Democratic governor, Ralph Northam, elected in 2017.

Early in Northam’s term, he proposed election reform, but Republicans with legislative majorities “just dismissed it,” Northam has recalled. When Northam called a special gun-safety session in the summer of 2019, after a mass shooting (13 dead, including the shooter) in Virginia Beach, Republicans dug in their heels and adjourned after only two hours.

Such Republican intransigence was a red-meat talking point for many Democratic legislative challengers in the fall campaign of 2019. It was one of many issues (including the shambolic performance by Donald Trump) that worked to Democratic advantage, especially in the vote-rich Washington suburbs.

Democratic candidates were clear about what a legislative majority would mean, and delivered much of their program.

This year’s elections could continue along a common-sense path, or Republicans, if victorious, could begin to roll it all back. Year after year, and not just in presidential contests, elections matter.

Cragg Hines is a longtime journalist and former member of the Arlington County Commission on Aging.