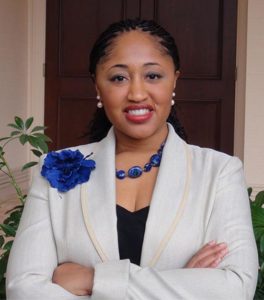 Community Matters is a biweekly opinion column. The views expressed are solely the author’s.

This weekend, I was preparing to give a speech on racial equity and I decided to get an image consultation.

The session started off well and towards the end, we discussed what hairstyle I should wear. I have been in the process of exploring different styles including natural styles. The consultant recommended that I wear a wig, as she saw me in a longer, straighter style. While one could argue that a wig might be more complimentary to my look for this event, we have to question why one would think it would be a better option.

It wasn’t lost on me that a Black woman was advising me to wear a more European-inspired hairstyle as opposed to my natural style which clearly shows my African roots (literally!). The fact that the talk was on racial equity made the scenario all the more interesting. I would define this as a microaggression: “a statement, action or incident regarded as an instance of indirect, subtle or unintentional discrimination against members of a marginalized group such as a racial or ethnic minority.”

I would not have taken the time to process what happened if I had more engagements this weekend. This was a reminder that some members of “marginalized” groups experience microaggressions often, and the effects over time can be psychologically damaging, to the point we don’t even realize it.

Later this weekend, I also did research on John Mercer Langston, after whom the Arlington County Board voted to name Langston Blvd, to replace Lee Highway/Route 29.

I first learned of Langston when I wrote my master’s thesis at George Washington University about the lack of Black congresspeople from Virginia. At the time, Langston and Bobby Scott were the only two people who had held the honor of being Black members of Congress representing Virginia (Donald McEachin was elected in 2017).

Serving as a member of Congress was only one part of his impressive career. Langston was an attorney, an abolitionist and served in leadership roles at Howard University and Virginia State University.

His connection to Arlington began in 1867 when he was appointed inspector general of the Freedman’s Bureau overseeing Freedman’s Village, a settlement for formerly enslaved people on land that is now part of Arlington National Cemetery. According to the Washington Post, from 1925 until 1966, all Black children in then-segregated North Arlington attended John M. Langston Elementary School, which became a cherished part of the local Black community. Four students at that school would go on to attend the all-white Stratford Junior High, making it the first in Virginia to racially integrate.

Representation matters; that is clear. Yet, it is much more than just putting a “diverse” person in a position. It’s the pride, connection and affinity we can create by lifting up the lives well-lived of people who look like you, despite the “isms” that were in place to hold them back, and still burden us today. Additionally, it’s one thing to learn more about their life in a book, it’s another to have their accomplishments lauded by your local government and recognized as a street name, especially when it was formerly named after a Confederate general.

After the sting of the microaggression, that felt good.

If we really want to get to the root of racial equity, this is an important conversation. We can’t control the personal microaggressions that others may sling at each other, but it’s our responsibility to consciously lift each other up on a systemic level. Let’s all do our part to ensure representation in all Arlington spaces and build pride as a community.

Krysta Jones has lived in Arlington since 2004 and is active in local politics and civic life. This column is in no way associated with or represents any person, government, organization or body — except Krysta herself.