Tow trucks and plows are responding to a mess just off I-395 North. Several vehicles, including an ambulance, are stuck on the ramp to eastbound King Street. The ambulance was responding to a call when it became stuck. The stranded vehicles are completely blocking the ramp.

Also on I-395, traffic cameras appear to show several cars stranded in the HOV lanes of I-395 South. A snow plow is now on the scene. 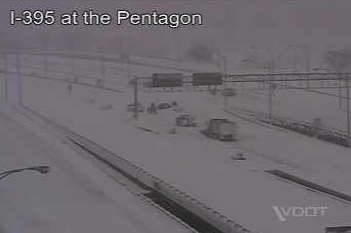