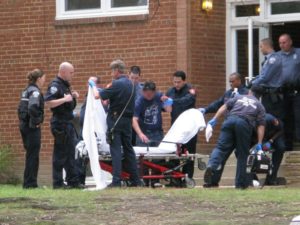 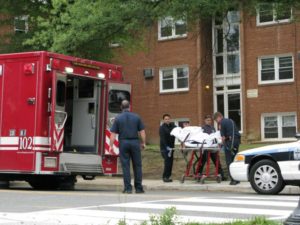 (Updated at 4:00 p.m. on 10/6/10) Correction: This incident was initially reported to be an assault. The man appeared to have injuries to his face consistent with an assault. However, police now say the man was drunk, implying that this was likely an accident.

The man was ultimately able to walk out of the apartment building on his own power. His face bloodied and swollen, he was put on a stretcher, placed in an ambulance and taken to the hospital.