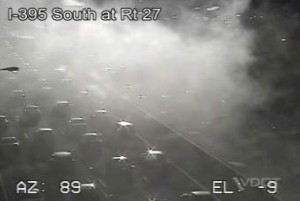 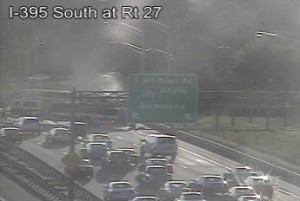 (Updated at 6:00 p.m.) Arlington firefighters are on the scene of a reported bus fire on Washington Boulevard near I-395. Heavy smoke could be seen in the area through traffic cameras.

The bus appears to be on northbound Washington Boulevard, near the ramp from I-395.

The fire — or whatever was causing all the smoke — appears to now be under control. Traffic in the area is moving, albeit slowly.