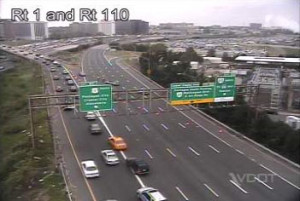 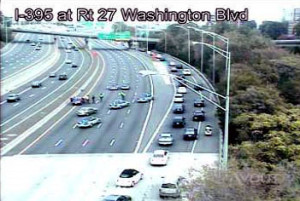 Traffic on southbound I-395 is being diverted onto southbound Route 1, just before the Pentagon, causing big backups. We’re told Pentagon police are investigating some sort of an incident that occurred last night.

Update at 9:20 a.m. — In the comments section, FREDTERP has what is very likely the subject of the investigation: an unconfirmed report of shots fired near the Pentagon early this morning. We’re still awaiting comment from the Pentagon Force Protection Agency.

Update at 9:40 a.m. — Southbound I-395 has reopened, but now northbound I-395 is being diverted at Washington Boulevard.

Update at 10:25 a.m. — The northbound HOV lanes are closed. Cars in the HOV lanes before the closure are essentially trapped, although a number of vehicles are escaping the backup by going the wrong way up a ramp near Shirlington. 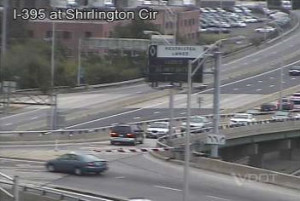 Update at 10:35 a.m. — NBC4 is reporting that at least two bullets hit the Pentagon this morning.

Update at 12:25 p.m. — “What we have is an isolated incident, so far,” a Pentagon official says at a news conference. There has been speculation about a possible connection to shots fired at the National Museum of the Marine Corps in Triangle, Va. over the weekend.