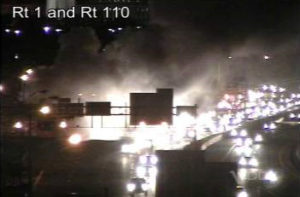 Firefighters are on the scene of a tour bus fire on southbound I-395, just after the 14th Street Bridge.

Heavy smoke can be seen on traffic cameras.

Only one lane of traffic is getting by the scene. Firefighters report that everybody that was on the bus made it out safely.

Update at 10:50 p.m. — A witness, Josh Wright, tells us via Twitter: “[I] saw 40 foot flames coming out the back the bus. Firefighters were on the scene fast and put it out.”

Update at 12:35 a.m. — Wright supplied the video below, shot shortly after the flames were extinguished. 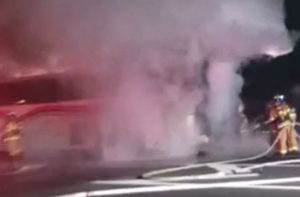 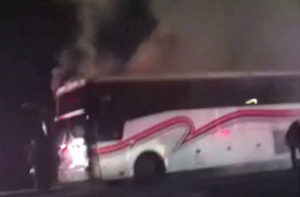 Work began yesterday (Wednesday) on the long-delayed Ballston Beaver Pond remediation project — but no busy beavers will be involved. The $4.2 million, 18-month project approved by the County Board this…

What’s Next with Nicole is a biweekly opinion column. The views expressed are solely the author’s. Infrastructure needs should be built into Arlington’s Sector plans and the Missing Middle study…