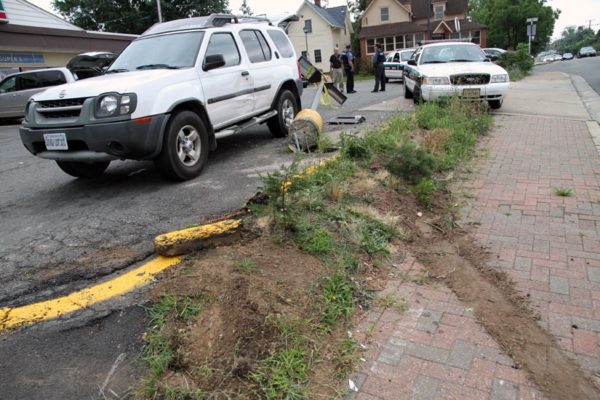 A Volvo crossed two lanes of traffic and slammed into a light pole in the parking lot of the 7-Eleven across from Kenmore Middle School this morning, according to witnesses.

The force of the collision knocked the pole to the ground, damaging an SUV in the process.

It’s unclear what caused the accident, which occurred around 11:00 a.m.

At least one northbound lane of Carlin Springs Road was closed following the collision. The 7-Eleven and another businesses in the small strip mall remained open. Dominion was called to help shut off power to the pole.